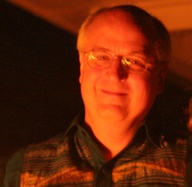 Mike Harrington, Davis aviation and marine attorney, is a former Davis City Council member who served from 2000-04-20 to 2004-03-23. He is also a member of the Democratic Party and "dabbles" in real estate; he purchased the Turtle House in late 2005 and invests in infill sites around Davis. He was also crucial in the passage of the Open Container Ordinance.

Mike Harrington, along with Pam Nieberg and others, spearheaded an effort to qualify a referendum that would put a moratorium on the water rate hike ordinance approved in September 2011 by the City Council. Residents could pick up petition sheets at his downtown Davis offices.