The Marketplace Shopping Center is a 112,500 square foot, one-level open air neighborhood retail center, on West Covell Boulevard, just east of Highway 113. It was bought by London-based Capital & Counties in 1997.

The Yolobus 42 line stops here, as well as Unitrans G and J lines. The bus stop is located by Peet's Coffee.

The Marketplace is often referred to by locals as "The Pig Mall" because of this porcine motif.

There are signs at the entrances stating that "unauthorized vehicles" will be towed at the owner's expense by Jed's Towing. When Jed's Towing was called the operator stated that he didn't know what an authorized vehicle was; it was up to the discretion of the security company and he didn't offer the name of the security company. The caller said in that case he would park on the street while shopping there. The Davis Police was called as their name was on the sign. The operator said she didn't know who the security company was; their Police pnone number was there so they could refer to a towing report if someone inquired about their vehicle; it was suggested that the caller contact a merchant to find out who the security company was. A merchant didn't know who the security company was; one of the employees stated that such signs will become commonplace at patrolled properties; contact information was given for the management company: Equity One Property Manager 925-825-4001 Patricia Green. As a call was placed there on a Sunday, the office was closed and a message was left. The web page for Simmit Security was looked up; there was no phone number for any of their offices; a general toll-free number was called and the operator said that it didn't appear to be one of their patrolled properties.

This is one of the most poorly planned parking lots in Davis. Phenomenally bad access, and ability to get around in a timely manner. There are approx. 8 good spaces and 300 crappy ones. For years (maybe even still), redesigning this parking lot was given as an assignment in a Civil Engineering class. The only shopping center with worse planning in this area is the Natomas Marketplace off of Truxel. Maybe having Marketplace in the name dooms it to awful parking. 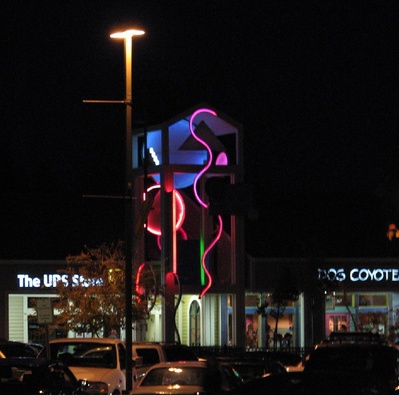