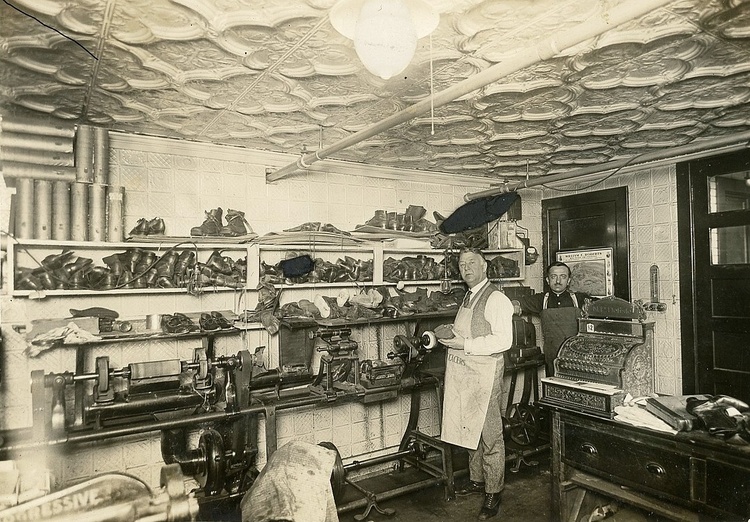 Nelson P. Delisle ran a shoe repair shop in the basement of 6 Broadway; he lived at 22 Academy Street. He served as tax collector.

He was a Grand Knight of the Knights of Columbus. He is buried in St. Bernard's Cemetery. 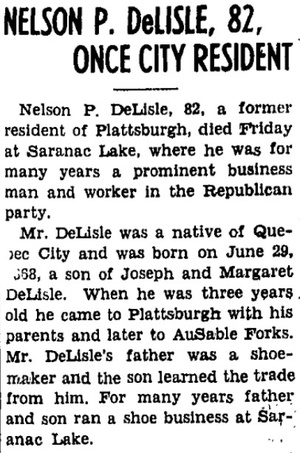 Nelson P. DeLisle, 82, a former resident of Plattsburgh, died Friday at Saranac Lake, where he was for many years a prominent business man and worker in the Republican party.

Mr. DeLisle was a native of Quebec City and was born on June 29, 1868, a son of Joseph and  Margaret DeLisle. When he was three years old he came to Plattsburgh with his parents and later to AuSable Forks. Mr. DeLisle's father was a shoemaker and the son learned the trade from him. For many years father and son ran a shoe business at Saranac Lake.