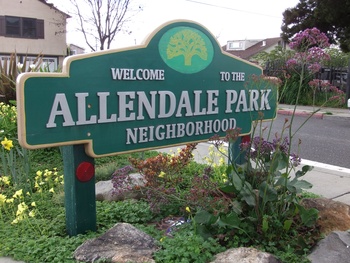 Allendale (sometimes Allendale Park) is a neighborhood between Fruitvale and Maxwell Park, roughly between Foothill and MacArthur. The Allendale Tract was established pursuant to a tract map recorded in 1891 and was initially settled in 1895(?). It was named for real estate developer Charles E. Allen.2 The original tract was smaller than the current neighborhood, which includes the Allendale Park tract and other nearby tracts. Allendale was part of the large 1909 annexation by Oakland.

In 1903, Fruitvale voters were presented with a bond to build a school in the "Allendale tract".4

By 1910 there was an "Allendale Improvement Club" of 250 members working to improve the district. In 1927 the Art Deco Allendale Theater was built at what is now 3116 Liese Ave. The theater closed in 1941 and now houses the Theater Apartments. 1 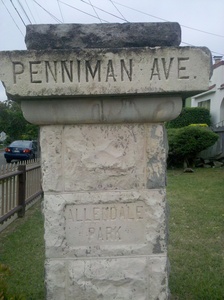 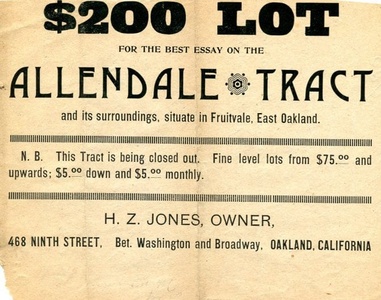 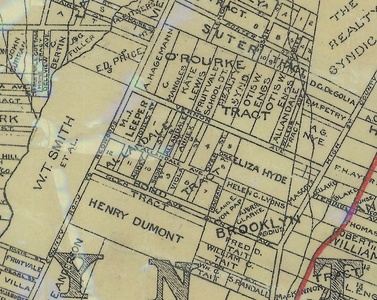 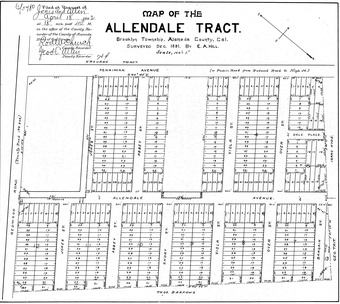 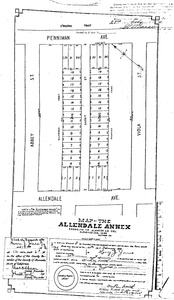