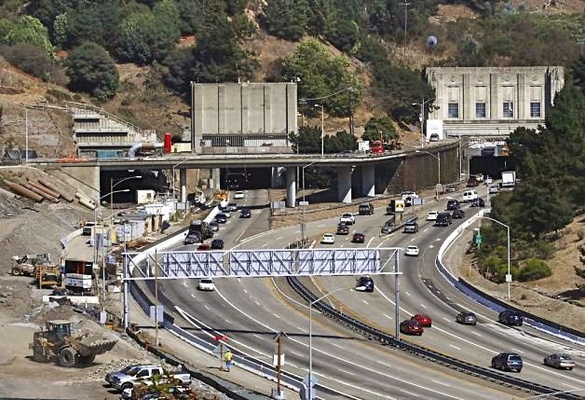 Traffic flows through the existing bores of the Caldecott Tunnel as construction continues on the fourth bore (far left) in Oakland, California 1

The Caldecott Tunnel is a four bore east-west highway tunnel that connects Oakland to communities in Contra Costa County, through the Berkeley Hills. The idea of a tunnel through the hills was first conceived in 1860, and an early tunnel, the Kennedy Tunnel, (aka 'Inter-County Tunnel' or 'Broadway Tunnel') was built in 1903.

In the 19th century, traffic over the Berkeley Hills in this area went up Harwood Canyon, now known as Claremont Canyon (behind the Claremont Hotel). The road leading up the canyon from the west was initially called Harwood's Road, later changed to Telegraph Road, and finally, Claremont. The road on the other side of the hills was, and remains Fish Ranch Road. An inn once existed at the summit.

The idea of a tunnel through the hills began as early as 1860. In that year, the idea was proposed and rejected by the citizens of Alameda and Contra Costa Counties. It was revived in 1871 with a proposal which described a route running from the end of Broadway, similar to the actual routing of today's Caldecott Tunnel although it isn't clear from the description exactly which canyon was being referred to. The proposed tunnel would be only some 500 feet long and would have its outlet in the San Pablo Creek watershed with a road leading into Lafayette. A franchise was granted to a group of developers who passed the franchise onto another group. The proposal languished until the turn of the century.

[The above text does not quite match a 1902 SF Call article about the original tunnel, which was sometimes called the Kennedy Tunnel after its main proponent. 0236.pdf Note also that the Call article refers to a General Kelsey, but says he died sometime around 1880, so that can't be the same as Wright F. Kelsey -- even though he's tagged with Kennedy Tunnel Road. It could also be John Kelsey, who may or may not be the same John Kelsey that owned the Kelsey Ranch in Berkeley and died in 1880 -- but I can't find any reference to him having the title of General.]

In 1903, a tunnel was finally built above the present location of the Caldecott Tunnel, in the next canyon south of Claremont Canyon. This tunnel was approached by a new road dubbed "Tunnel Road" which started at the top of Ashby Avenue in Berkeley.

Construction on the first two bores of what was originally called the Broadway Low-Level Tunnel began in 1929.  Henry H. Meyers was the project architect for the new tunnel, and designed the Art Deco medallions that grace the entrances. The tunnel opened for traffic on December 5, 1937. 6 It was given this name to account for the fact that the main approach to the tunnel from Oakland was from the top of Broadway in Oakland, and since the tunnel was below the portal of the old tunnel. However, access from Ashby Avenue was retained as it was designated the connecting thoroughfare from the Eastshore Highway (now Freeway) and the San Francisco – Oakland Bay Bridge, and dubbed State Highway 24. The approach to the east portal on the other side of the Berkeley Hills was via Mount Diablo Blvd., also at that time part of State Highway 24. The tunnel was renamed after Thomas Caldecott in 1960.

The third bore was opened in 1964. In the late 1960s, the Grove-Shafter Freeway was completed and replaced Broadway as the main access route to the Caldecott Tunnel from Oakland as well as replacing Ashby as the principal connector for traffic coming from San Francisco. Ashby Avenue and Tunnel Road were redesignated State Highway 13 and aligned with the new Warren Freeway through the Montclair District of Oakland. The Grove-Shafter Freeway was then designated State Highway 24. 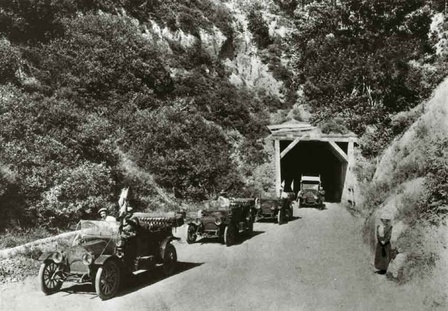 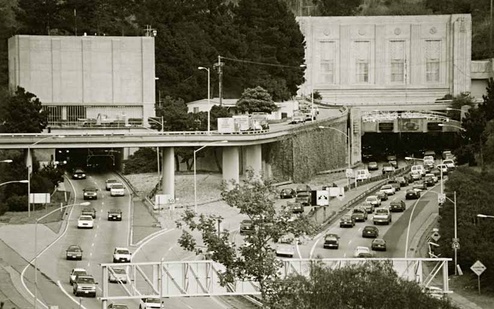 Most Caldecott Tunnel travelers have no idea another tunnel lies 200 feet above them. The "Old Broadway Tunnel" (above left), which opened in 1904, was reached by steep, winding Tunnel Road on the west and Fish Ranch Road on the east. It was 1,040 feet long, 17 feet wide and lined in timber. In 1929, Alameda and Contra Costa counties formed a joint highway district to build a new two-bore tunnel, which was completed in 1937 and named for Alameda County Supervisor Thomas Caldecott, president of the district. In 1960, work began on a third bore to add two more traffic lanes. State engineers also developed an innovative "pop-up" lane-control system to allow traffic in the center bore to switch directions and provide four lanes eastbound or westbound. The new bore opened in 1964. Including renovation of the two older bores and three miles of freeway approaches, it cost less than $24 million. The right photo, taken from the Oakland side, shows four lanes of evening commute traffic heading east through two tunnel bores, and two lanes heading west. For the morning commute, Caltrans switches the center bore to provide four lanes westbound. 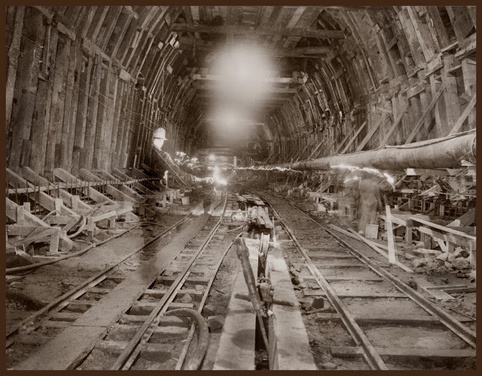 The 4th Bore of the Caldecott Tunnel, Oakland, California 3 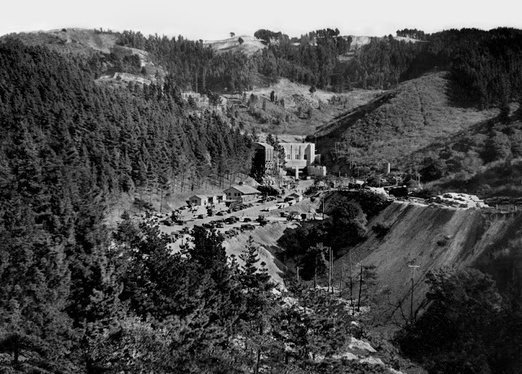 The California Department of Transportation used $198 million in Recovery Act funds to expand the Caldecott Tunnel, which connects the Contra Costa suburbs to the city of Oakland through the Oakland Hills. The additional two-lane bore brings the total number of east/west lanes to eight and is helping to alleviate congestion on Highway 24 for approximately 160,000 daily commuters.

Previously, traffic was directed through one eastbound tunnel and one westbound with the center tunnel reversing east-to-west during rush hours. The new bore provides a constant four lanes eastbound and four lanes westbound except during maintenance.

In addition to the $198 million in Recovery funds, the CDOT used approximately $220 million in state and regional funding for the project, which began in January 2010 and was completed in 2014.

Tutor-Saliba of Sylmar, California was the main contractor for the project. 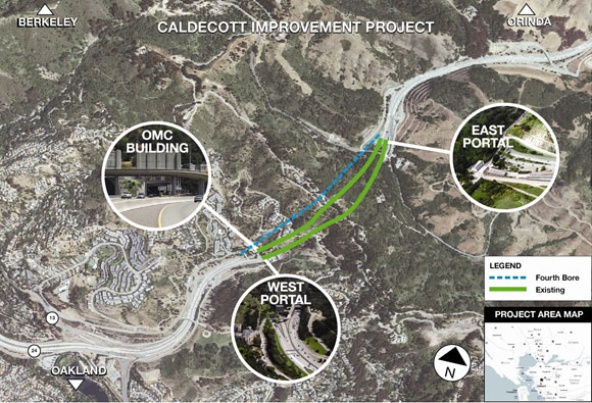