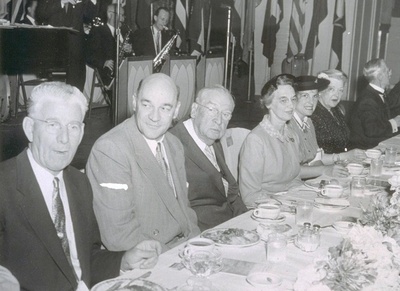 Born in Glenwood, Iowa, Rishell started work at 16; first laying railroad track, then later as a “printer’s devil” at the Glenwood Opinion. In Council Bluffs Rishell worked as a sign painter before he traveled to Oakland to join his brother in 1912.

Rishell worked for Standard Oil as a sign painter, then started his own sign painting company. Rishell was elected to the Oakland City Council, and in 1949 he became the first Oakland mayor elected by popular vote since John Davie in 1927. In the six-person contest, he earned over 50% of the vote.

He holds the distinction of being the first mayor to serve under a charter amendment restructuring the Oakland city government as a city manager system/mayor council government.

Rishell met his future wife Marjorie Gray (Rishell) in Mosswood Park, and took her back there when it was time to propose. The Rishells had two children, artist Robert Rishell, and Audrey Rishell. For many years the Rishell family lived at 2707 Humboldt Avenue in East Oakland. Rishell Drive in the Crestmont neighborhood in the Oakland Hills was named in his honor, and in 1957 the Rishells moved to 141 Rishell Drive.

Mayor Rishell was known as the “Ambassador of Goodwill for Oakland” and “Oakland’s Super Salesman” due to frequent business trips to Washington, D.C., as well as privately-financed trips abroad to promote Oakland commerce.

Mayor Rishell gave Walt Disney a tour of the newly opened Children's Fairyland in 1950, which helped inspire some of Walt's ideas for Disneyland.

Mayor Rishell was a key player in the acquisition of the Oakland Raiders in 1960.

During Rishell’s 1961 run for reelection, he was defeated by John Houlihan. In 1963, when attempting a “comeback” for the at-large council seat, Rishell was again defeated.

After that, Rishell stated he no longer wished to live in Oakland, and relocated with his wife to a trailer park in Palm Desert. In later years, Rishell moved into a Santa Barbara retirement community, where he died at the age of 80. 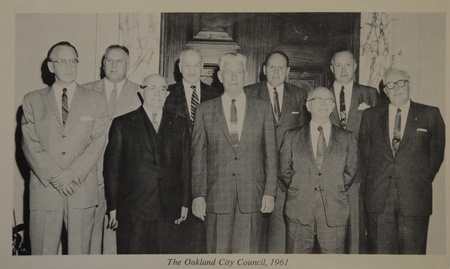 from The Beginnings of Oakland, AUC by Peter T. Conmy
photo courtesy of the Oakland History Room 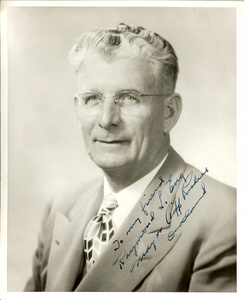 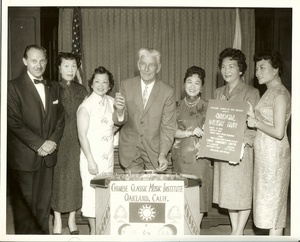