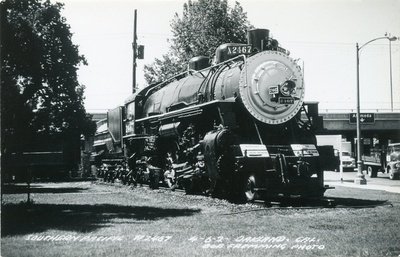 At Harrison Square (downtown, at 7th and Harrison Streets), there used to be … trains! It was called Harrison Railroad Park and was dedicated in 1967.

On July 26, 1960, Southern Pacific Engine 2467, the first of five giant retired SP Steam Locomotives, arrived at Harrison Railroad Park. Reading the following day’s Oakland Tribune article1, one can sense that the logistics and excitement that day were akin to Space Shuttle Endeavor being moved through city streets in Southern California recently.

The engine weighed 110,300 pounds. The move involved being piggybacked on a trailer, makeshift rails to unload the locomotive from the truck, and slowly winding its way through city streets as railroad buffs and passers-by watched all along the route.

There were also a number of railroad cars in the park:

Additions to the park were planned (were they implemented?)

The idea for a Railroad Park was championed by District 3 City Councilman Howard Rilea, who had, incidentally, ridden this exact Locomotive (Engine 2467) from Fresno to Oakland on February 10, 1945, on its last run before being decommissioned. Rilea himself was a retired Railroad Engineer. His hopes for the park could be found in the last line of the Tribune Article 1, “The display will provide a capsule history of the fascinating era of rail travel …”

Rilea may have selected Harrison Square as the site for the display because the first transcontinental railroad, completed in 1869, formerly passed by the Square on Seventh Street, then called Railroad Avenue. 3 However, back in 1958 Rilea had apparently tried to get a steam locomotive placed in Jack London Square. 4 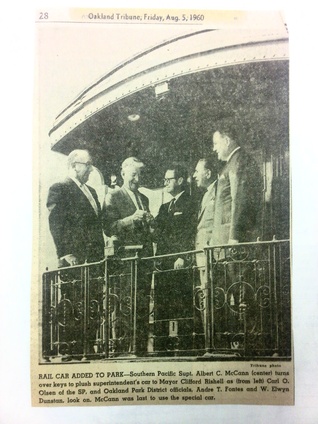 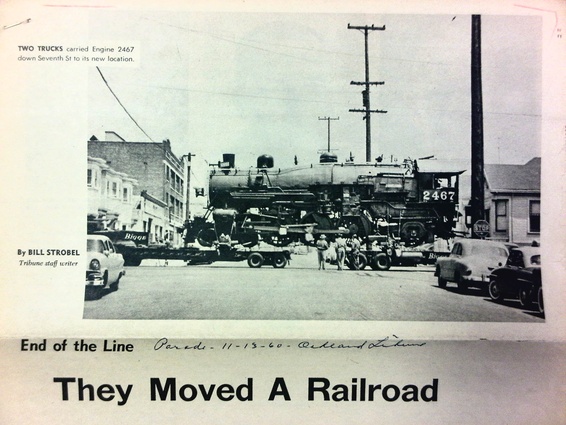 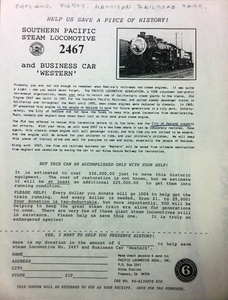 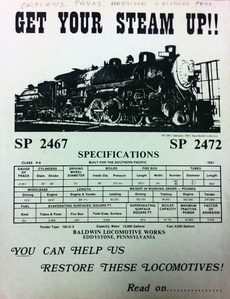 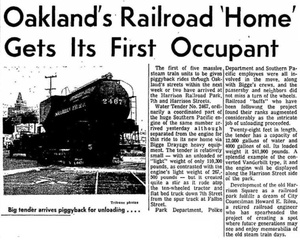 Ain’t no trains there today. Look there now, there are some structures, and a sign reading “Welcome to Chinese Garden Park”. Oakland Councilmember Henry Chang had set out to convert the rolling stock into a history of the contributions of Chinese workers who came to California and helped build the transcontinental rail line across the United States.  The rolling stock did not work for this purpose and were removed to make way for the current pagoda-style structure 3.

During the 1980s, the “Friends of the #2467” group began the process of restoring the locomotive to operating condition. The locomotive was moved out of the park in 1990.

According to recollections on Trainorders.com, 2 the locomotive and railroad cars were given to different organizations:

Nellie Wong wrote a book of poetry called Dreams in Harrison Railroad Park which was published in 1977.