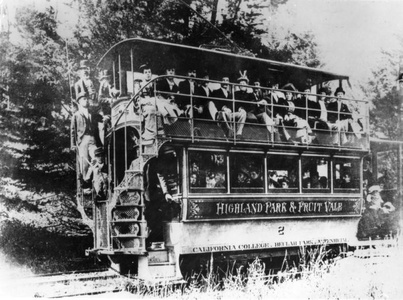 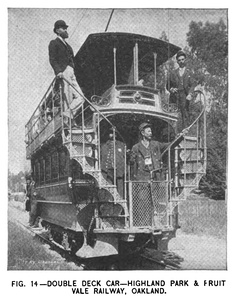 The Highland Park & Fruit Vale Railroad was a local rail line built by E.C. Sessions to serve the newly developed areas of Dimond and Highland Park.

According to the LA Public Library, the railway had 8 double-decker motor cars and 2 service cars, and operated a line of 10.5 miles. The Street Railway Journal of July 1893 says they had 25 cars and over 20 miles of track. Sessions had a partnership with C.L. Pullman, brother of George Pullman, and the cars were manufactured by the Pullman Company. 2,4

The LA Public Library photo shows a car labeled with California College, Beulah Park, and Altenheim. One line went from the foot of 13th Avenue, over to 14th Avenue, through Highland Park, and up Hopkins Street (now MacArthur Blvd.) to Fruitvale Avenue. Another line added in 1891 went from there to the train station at the foot of Fruitvale. 6

The chicagorailfan.com site says the railway opened in 1878 (when Highland Park was first developed), was electrified in 1893, and sold in 1898 to the Oakland Transit Company. 3 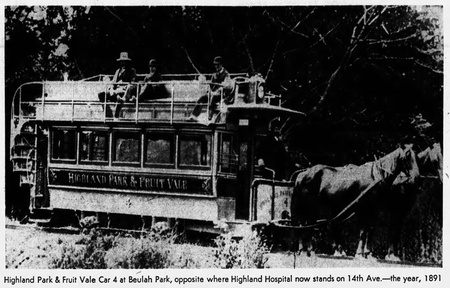 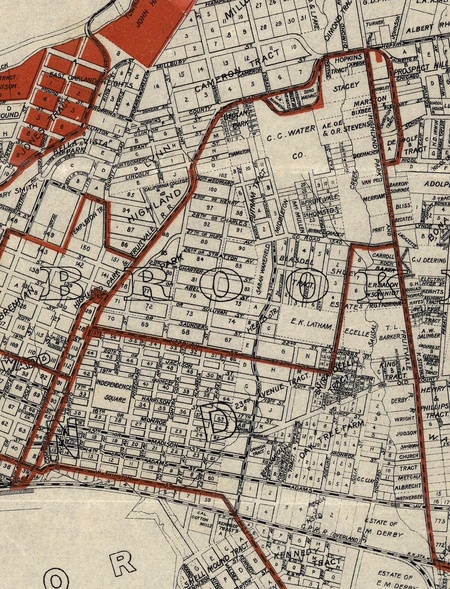