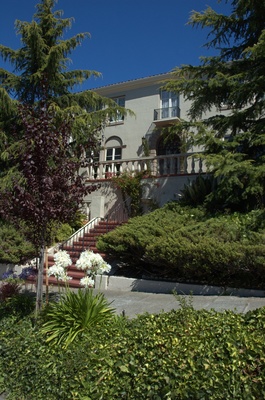 The Kaiser House is the former residence of Henry J. Kaiser at 664 Haddon Road on Haddon Hill, which is part of the Cleveland Heights neighborhood. The house, designed by prolific architect William E. Schirmer, was constructed in 1924 in the Italian Renaissance Revival style. Kaiser and his family apparently lived at the house until the mid-1940s, when they moved to a 16,000 square foot mansion in Lafayette. In 1967, the Kaiser House became the first site of the Clausen House, which itself later moved to the former home of Earl Warren.

In 2004, the Kaiser House, then being used as a hospice and in moderate state of disrepair, was purchased by Jay and Marlies Patterson.  The Pattersons spent more than two years restoring and upgrading the home, and received a Partners in Preservation award from the Oakland Heritage Alliance for their efforts. 1 Mr. Patterson, who is known for inventing the provisional ballot, passed away in 2010. 2