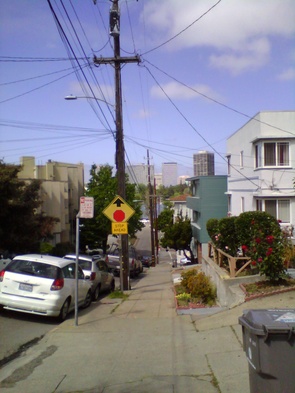 Looking down Brooklyn Ave. towards Lake Merritt. (by mk30)

The Cleveland Heights neighborhood in the San Antonio district of East Oakland includes the geographic features of Haddon Hill and Peralta Heights. Note also that some Oaklanders call most of this area “China Hill”. According to Wikipedia and residents, the area is called China Hill due to the large Chinese community that began moving there in the 1950s. 1

In 1893, Haddon Hill was subdivided as "Boulevard Heights" but nothing was done with the land. The name started showing up as Haddon Hill. Then Fred Wood started building in the area and the area started being called "Lakemont." In 1910, the name Peralta Heights was used to describe the streets including Newton, Brooklyn, Athol, Chicago and Hanover. This name, of course, was in response to the original Peralta family. 2 There was a Peralta Street c.1877, but it was renamed Cleveland Street in 1907 as part of a larger batch of street name changes. According to librarian and historian Peter T. Conmy, it was named for U.S. President Grover Cleveland, who died in 1908.

Henry J. Kaiser was a resident of Haddon Hill/Cleveland Heights.

This area includes the Cleveland Cascade and Arbor Villa borders it. 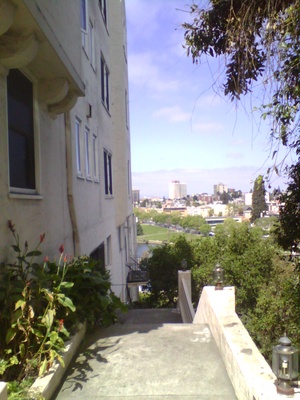 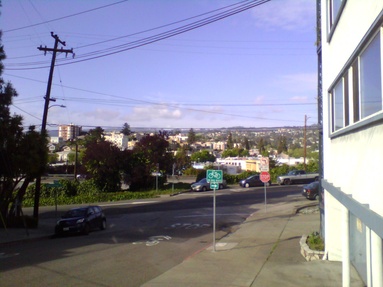 Looking across MacArthur toward Lakeshore on the north side of the neighborhood. (by mk30)