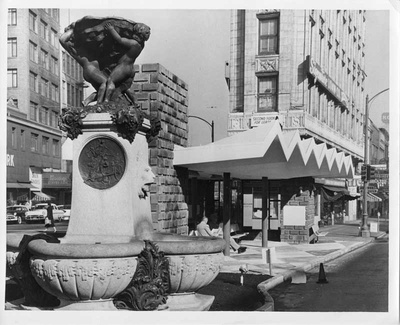 The Latham Square Bus Shelter was a distinctive AC Transit bus shelter at Latham Square. The shelter was first proposed in 1960, and the shelter was dedicated in 1961. When it opened, it even included an aviary for birds. It was designed by Oakland architect Walter Bearden and landscape architect Amedee Sourdry. 1

The crenelated roof is easily spotted in photos of the period; the structure filled the square from the Latham Fountain to the Cathedral Building. Some of the plantings were sponsored by the Oakland Businessmen's Garden Club and 8 Horizon Club groups. 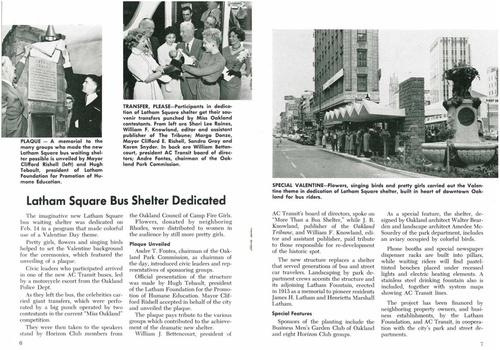 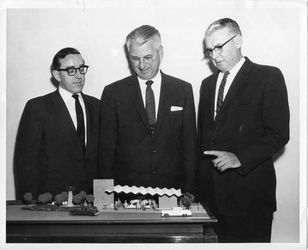 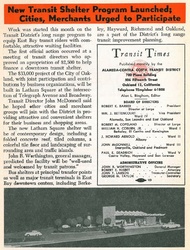