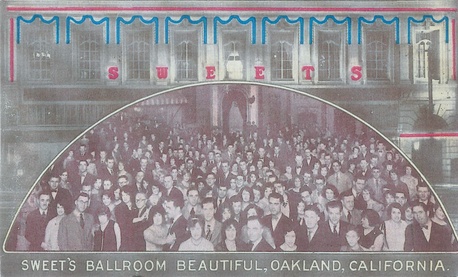 Sweet’s Ballroom was the go-to venue in Downtown Oakland during the Big Band era of WWII. William Sweet, a former agriculture professor, opened the nightclub in 1920, and it became enormously successful with performances by such performers as Duke Ellington, Count Basie and Xavier Cugat. In the 1970s it was known as Sands Ballroom.

The first location of Sweet’s, which was originally a dance school, was at 480 - 20th Street. After several moves the ballroom settled into a location at 1933 Broadway. 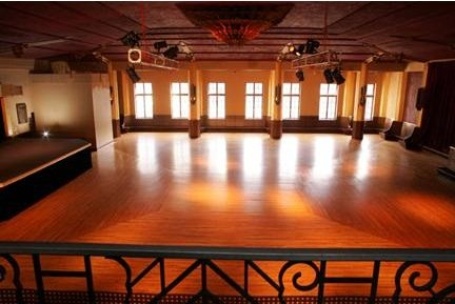 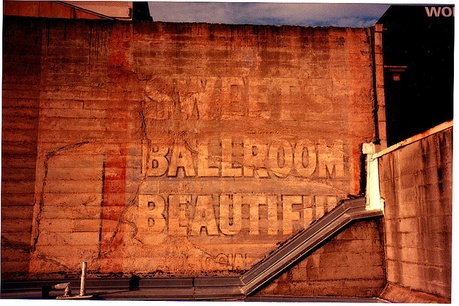 Sweet’s, called “The East Bay Home of the Big Bands,” was the venue of choice for thousands who enjoyed dancing to swing music and Latin jazz from such performers as Dizzy Gillespie, Frank Sinatra, Tito Puente and Willie Bobo. 1 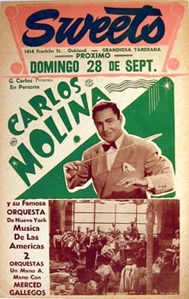 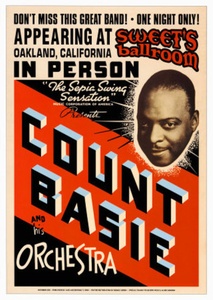 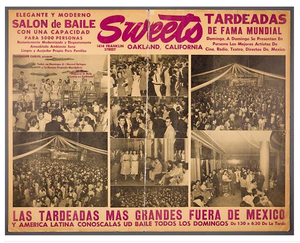 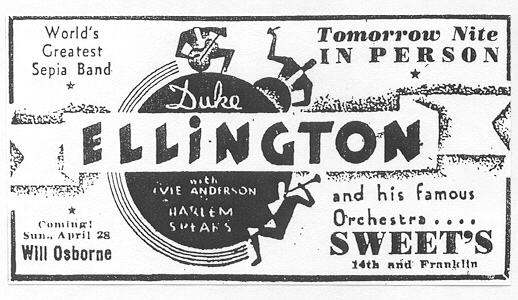 William Sweet and his brother Eugene Sweet continued operations until 1965. “The brothers simultaneously operated the Ali Baba Ballroom at 111 Grand Avenue, which was demolished in 1981.” 2

The ballroom remained vacant from 1980 to 1998 when it was saved from the wrecking ball by Episcopalian priest Matthew Fox who borrowed $50,000 on his house. Fox sold the building to Uptown Broadway Partners in 2002.2

In May of 2008, an international conscious dance community called Ecstatic Dance began its Sunday morning dances, and continues with a thriving community who all abide by the motto, “no shoes, no booze, no chit chat” and dance their troubles away to professionally DJ’d electronic music every Sunday morning and Wednesday evening.

In December 2012, a Latin-themed club called Tropicana Nightclub opened up in the former Sweet’s space and closed a year later.

In April 2014, the neighboring Oakland School for the Arts (OSA), a public charter school focused on the visual and performing arts, became the Master Tenant of the historic Sweet’s Ballroom. OSA will operate the venue to serve its own performance needs as well as continuing to hold the space for community groups and performing companies. 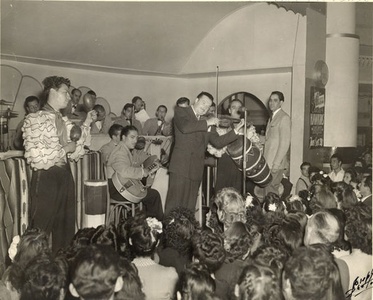 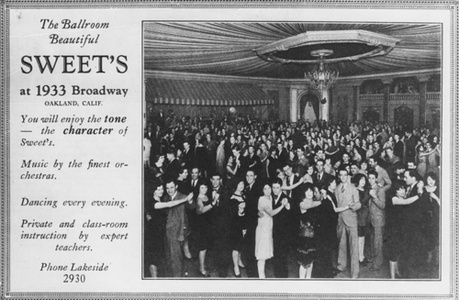 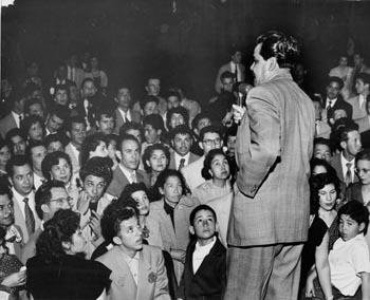