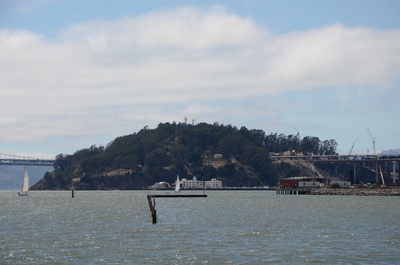 Yerba Buena Island is a large, naturally formed island in San Francisco Bay, and was formerly known as Goat Island.

It's the not-quite-midway point of the San Francisco–Oakland Bay Bridge being the landing and transfer point for the Eastern Span and Western Span of the said bridge.

It is connected to Treasure Island, which is man-made.