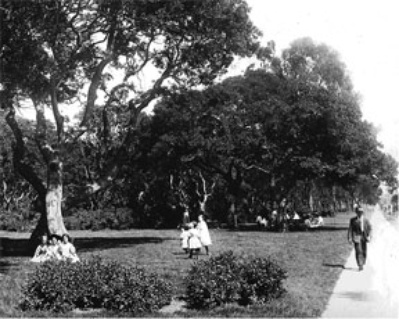 de Fremery Park sits on 9.5 acres in West Oakland. It has a number of facilities including a recreation center in a landmark historic Victorian house (the main building of the park), a depression-era swimming pool, de Fremery Skate Park, 3 tennis courts, a basketball court, a softball field, a playground, and a computer lab. Activities and programs include Girl Scouts, gardening class, arts and crafts class, African dance classes, and homework assistance.

Special Activities include activities for teens, community gardening and excursions. Advisory Council meets on the third Wednesday of each month, 6:30 - 7:30pm.

de Fremery Park was the site of a speech delivered on November 2 1960 by Senator John F. Kennedy during his presidential campaign, the second of two stops he made to Oakland during the 1960 campaign season.

de Fremery Park was a key point for Black Panther Party social services administration and political activity. In addition to acting as the site of rallies, fundraisers, and even physical training, the park was a distribution point for free groceries and a testing site for sickle-cell anemia [source]. After the death of Black Panther Bobby Hutton, the park was unofficially renamed Lil' Bobby Hutton Memorial Park. "Lil' Bobby Hutton Day" has been celebrated at the park every year since April 1998 [source].

Stories from de Fremery Recreation Center are featured in the first 3 minutes of this video produced by the Friends of Oakland Parks and Recreation.

de Fremery Park was chosen site for a "TLC for Kids" program by OC Jones and KNBR for July. The softball field had been torn up by gophers and was basically unusable. Volunteers are gathering in June and July to fix up the field and replace the infield and outfield. Once it's done in July, the Oakland Bandits will play there! They will also host an outreach program for West Oakland girls.

Basketball legend Bill Russell used to play pickup basketball here in the mid-1950s, as did other future NBA players, such as Paul Silas.

In October, 2013, two new basketball courts were renovated. They have NBA hoop and backboard systems. The renovation was a partnership between the Office of Parks and Recreation (OPR) and the Public Works Agency, Councilmember Lynette Gibson McElhaney, the Golden State Warriors, the Good Tidings Foundation, the National Recreation and Parks Association (NRPA) and the Friends of Oakland Parks and Recreation (FOPR) Bliss Family Gift. 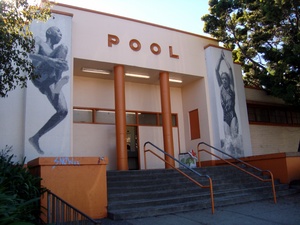 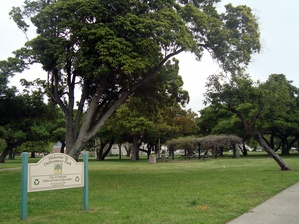 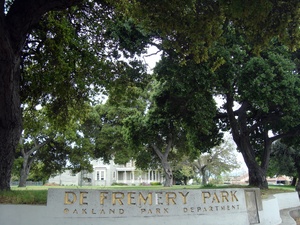