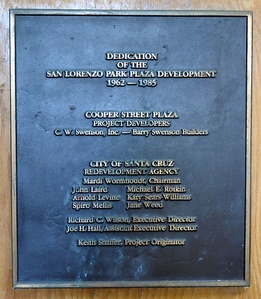 A plaque on the Galleria side.

For a listing of businesses located in Cooper Street Plaza, see the Galleria or the San Lorenzo Park Plaza pages.