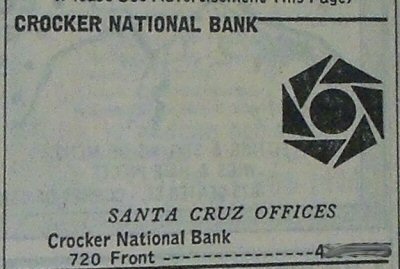 Crocker Bank was acquired by the British firm Midlands Bank in 1981, but kept the name Crocker Bank. It was sold to Wells Fargo Bank in May 1986. Wells Fargo Bank already had a bank in downtown Santa Cruz. The Crocker Bank branch at 720 Front Street was closed and the building sold. The building has since been re-used as a bank by Coast Commercial Bank and County Bank of Santa Cruz. The Watsonville branch was also sold. (Wells Fargo already had two branches in the area.) 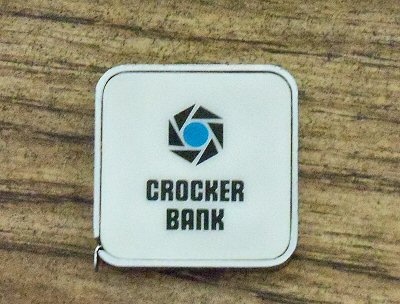 Crocker Bank was noted for specialties like this tape measure. There most popular item was the "Crocker Spanial" A plush toy. The plush toy was for sale, but some items were free. 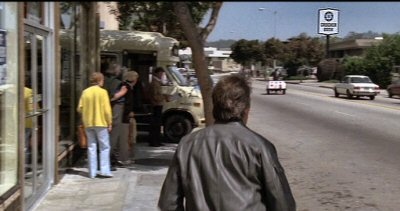 This scene from the movie Sudden Impact shows the Crocker Bank sign on Front Street.