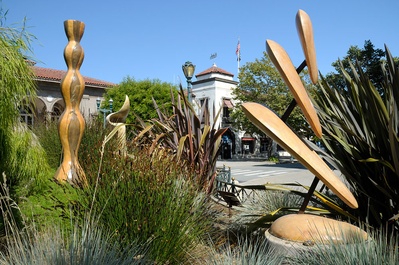 Waterfall, Leaf II, and Lift Off were installed downtown in the Friendship Garden.

SculpTOUR is a curated exhibit of three dimensional public art on Pacific Avenue that began with a first installation of 12 sculptures in 2008. Future artworks are planned to be installed in the five year plan.

SculpTOUR was funded by the Santa Cruz City Arts Commission, the Downtown Association of Santa Cruz, and Rotary International.