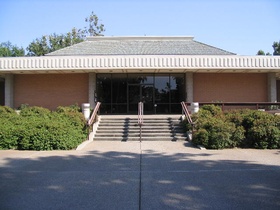 In the Chico City Charter, the people of the City of Chico have vested their authority over municipal government in a City Council consisting of seven members.

Chico has a council-manager form of municipal government whereby the City Council has the power to make policy, pass ordinances, vote on appropriations, and has overall supervisory authority in the city government.

The mayor is chosen by and from among the seven councilmembers at their first meeting after first being seated. Under the council-manager system, the mayor acts as the first among equal members and chair of the meetings. Other than those duties, the mayor's role is that of community leader and otherwise largely ceremonial.

The council appoints a City Manager who is responsible for supervising city staff and implementing the policies adopted by the council. The manager serves at the pleasure of the council. The council-manager separation of powers is intended to provide for more professional, nonpolitical and stable city management. 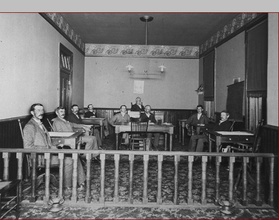 Officers of the City; June 20, 1900; Identifiable in the center are Reporter C.R. Denel, Mayor O.L. Clark, City Clerk White, and City Attorney Guy Kennedy The council meets on the first and third Tuesdays of every month1 at 421 Main St. . 2008 was an election year and four positions were up for grabs. On December 2nd, four council members were sworn in. See 2008 City Council Election. 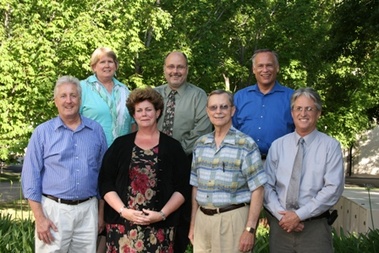 Minutes and agendas can be found at the City of Chico's Minutes and Agendas page. Minutes include voting records.

History of the City Council

See also History of Chico and Historic roster of councilmembers

Municipal elections were annual and the term for a trustee was two years. However, the first trustees had to draw lots to determine who would serve for a one, two or three year term. This was to provide that there would only be either two or three seats up for election in any given year henceforth.

In 1895, the city was reorganized as a city of the fifth class under the general laws of the State of California.

Originally the Board was elected at-large, with each trustee standing for election by the entire electorate of the city, rather than just by a district. On April 12, 1897 the city had its first election under the ward system. The polling places for each ward were: First Ward - City Hall, Second Ward - Bruce and Young Building, Third Ward - Western Hose House, and Fourth Ward - Chico Hotel at the Junction.

Beginning in 1899 municipal elections would be only held every two years.

In 1907, municipal elections were changed so that one trustee would be elected from each ward to serve concurrent four-year terms.

On June 4, 1921, an election was held to choose a Board of Freeholders charged with framing a City Charter.

In 1923, under the new Charter, the Board of Trustees was replaced by the City Council. The ward system was also abolished and at-large election of city leaders was reinstated.

In 1933, there was a municipal election which included a recall attempt on three councilmembers. The recall was defeated.

On May 2, 1961, the City Charter was amended to provide for seven councilmembers.

In 1996 the recently re-elected city council member Ted Hubert died prior to being re-sworn in, and more significantly, before the selection of mayor had occurred. The evenly, and deeply divided council stalemated on the selection. This resulted in a rotating pro tempore system for about six months. The remaining six council members each took turns serving as meeting chair until they appointed Bill Johnston to fill the council vacancy, and Rick Keene mayor.

Committees of the Council

Councilmembers shall be elected at large. (Charter Sec. 402)

Candidates for City Councilmember shall be (a) a resident of the City, (b) over the age of 21 years, and (c) a qualified voter at the time they are issued nomination papers. (Charter Sec. 403)

A vacancy shall be filled by appointment by the City Council. Said appointee will hold office until the first Tuesday in December following the next general municipal election. (Charter Sec. 406)

Election of Councilmembers shall be held in November of even numbered years on the first Tuesday after the first Monday. (Charter Sec. 500)

Council consists of seven members who are the elective officers of the City (Charter Sec. 400 and 600)

Councilmembers are remunerated at the rate of $600.00 per month. The Mayor receives an additional $120.00 per month. They may be reimbursed for expenses incurred in the service of the City, provided funds have been appropriated in the annual budget. (Charter Sec. 601) Acting as the Board of Directors of the Redevelopment Agency, the Council also receives $30.00 per meeting; not to exceed $120.00 in any month (Chico Municipal Code [CMC] Sec. 2R.43.025)

The council shall meet at 6:30 p.m. on the first and third Tuesday of each month in the Council Chamber Building, 421 Main Street. Special meetings may be called by the Mayor or a majority of the Council. (Charter Sec. 602 and CMC Sec. 1.04.080)

Appointment of Officers and Commissioners

The Council appoints the City Manager, City Attorney, and members of the various boards and commissions. (Charter Sec. 605)

The council does not necessarily operate by Roberts Rules of Order. The Council shall determine its own rules and order of business. (Charter Sec. 607, CMC Sec. 2.08.020 and Administrative Procedure and Policy No. 10-10)

Ineligible to Other City Positions

Councilmembers are not eligible to serve on any board or commission. No member shall hold any other municipal office where compensation is paid until one year after the expiration of his/her term. (Charter Sec. 608)

Campaign contributions limited to $500 during the four years prior to a municipal election. Contributions must be itemized, including name of contributor and employer. Candidate responsible for certain costs associated with printing candidate statement in sample ballot. (CMC Chapter 1.30)

Notice of meetings of four or more Councilmembers-elect, or any combination of Councilmembers-elect and incumbent Councilmembers, is required between date of election and date of assuming office. (CMC Sec. 2.08.010 and 2.08.030) Between the time a person is elected to office and assumes the duties of the office, he or she is required to comply with provisions of the Brown Act (Open Meeting Law). (Government Code [GC] Sec. 54952.1)