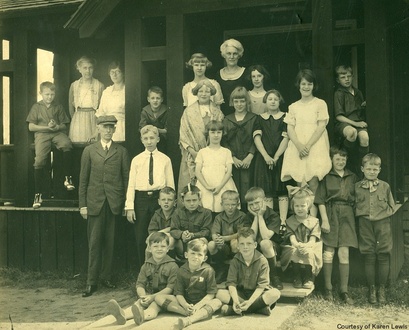 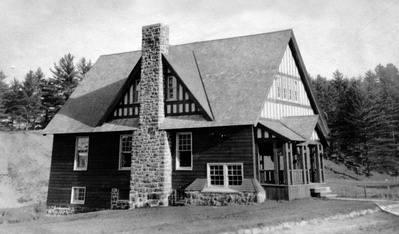 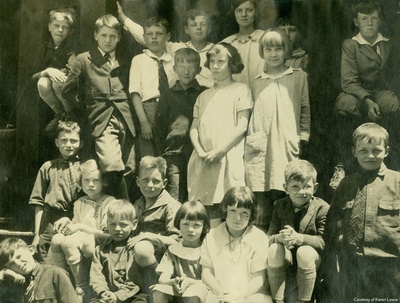 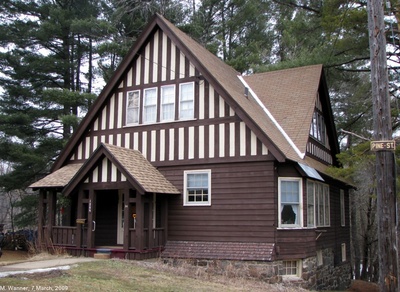 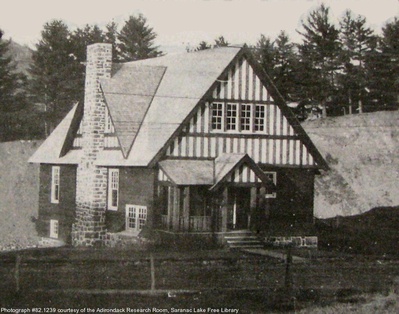 The Baldwin School was a private school founded by E.H. Baldwin in 1907 as a "private day and tutoring school" that served students of all ages. It was operated for twenty years after his death by his wife, Annie Leonard Baldwin. While its offerings and student body changed throughout its 34 years, its main focus was on schooling students whose education had been interrupted elsewhere, often by health issues. It closed in 1942. 1

The Area Council organizes Girl Scouting in Clinton, northern Essex and Franklin counties. The Council has been in the planning stages for, the past five years.

In Saranac Lake the Girl Scouts were started in 1928 with Mrs. Lare as leader and Mrs. Oscar Worthen as advisor. The first troop had nine girls and met in the now extinct Community House on Bloomingdale avenue.

Mrs. Worthen was chairman for 10 years and thereafter served on the Council. After a succession of meetings in churches, public halls and private homes, the organization rented the Baldwin School on Pine street. In 1945 the property was purchased from Mrs. Ernest Baldwin at a price, an official said, "which made it practically a gift."

For several years during the past local Scout leaders conducted a day camp on Lower Saranac Lake, but most of the regular camping was done at Camp Tapawingo, on Lake Champlain.

Now, after a quarter of a century in Saranac Lake, the local Council is receiving reports from some of its first Girl Scouts that they are serving as leaders in their communities.