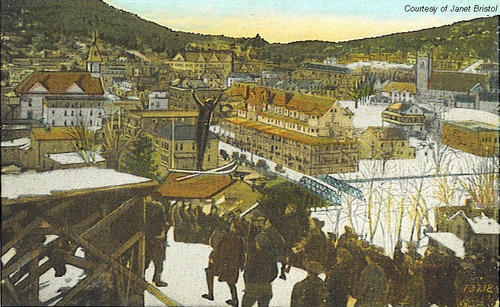 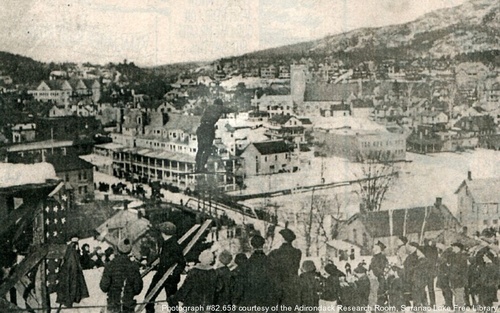 Ski Jumping from Maple Hill.
Photo by William L. Distin (undated). Adirondack Daily Enterprise, October 25, 1997 Blood Hill, also known Maple Hill, lies at the south foot of Main Street in Saranac Lake, due west of the northern reaches of Lake Flower. The eastern end of Lake Street runs along its northern flank. Kiwassa Road wraps around its eastern side, and Glenwood Drive lies on its southwestern flank. In the late 1800s, Ski Jumping was popular from a jump built on its north side, overlooking the village. Blood Hill was named for the Blood family of early settlers. 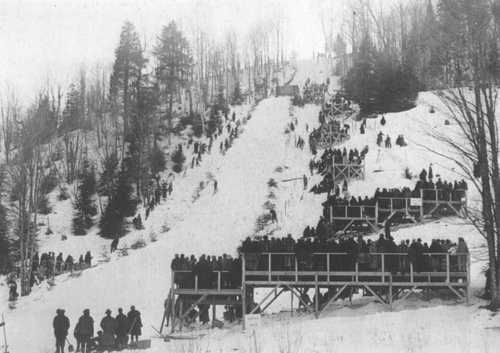 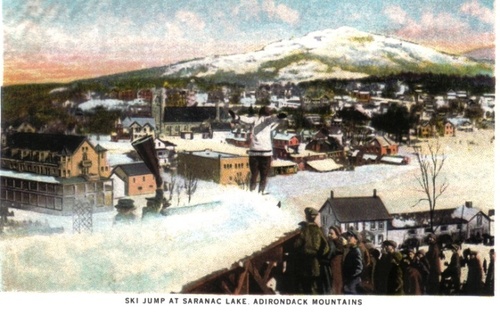 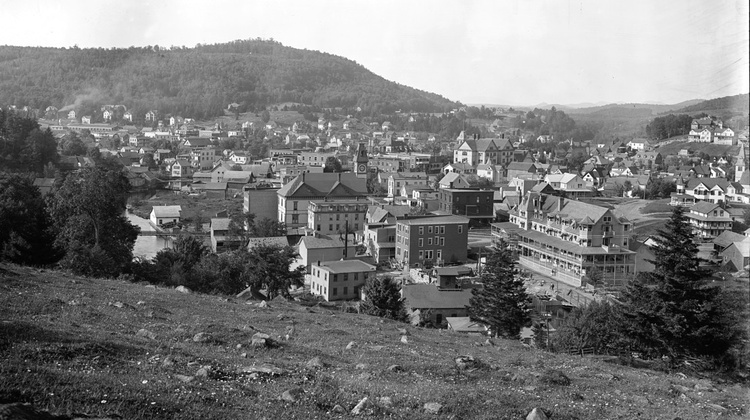