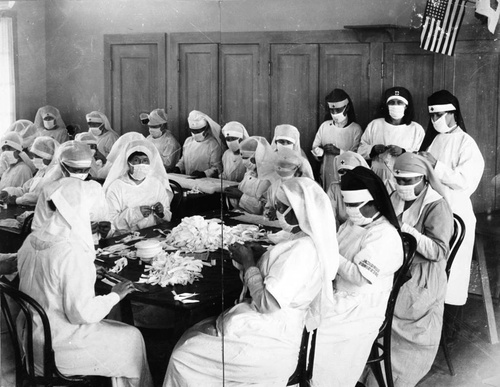 Volunteer caregivers from the American Red Cross preparing surgical dressings for sufferers of influenza during the great flu pandemic of 1917-1918. 1

The 1918 Flu Pandemic (aka the 'Spanish Flu') infected and killed millions of people globally, including killing more than 1,400 in Oakland, California. (The population at that time was about 216,000.) There were two major outbreaks in Oakland, one in the fall of 1918, and another in January, 1919. In one particularly grim 24 hour period in November, 1918, 39 deaths were recorded. 2 Schools were closed, and citizens were required to wear masks to help prevent the spread of the disease.

The Henry J. Kaiser Convention Center (then the Oakland Auditorium) was used as a makeshift hospital because the existing hospitals were overwhelmed.

One victim of the 1918 Flu Pandemic was William Shorey, better remembered as "the black Ahab" as the crew of his whaling ship called him. Plot 53 at Mountain View Cemetery holds the remains of many victims of the flu, though not everyone in Plot 53 died from the flu. 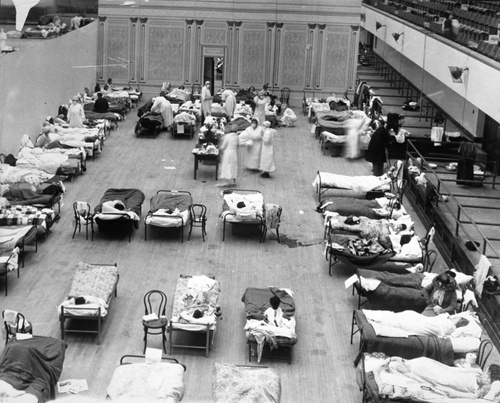 Volunteer nurses from the American Red Cross tending to influenza sufferers in the Oakland Auditorium during the influenza pandemic of 1918. 1 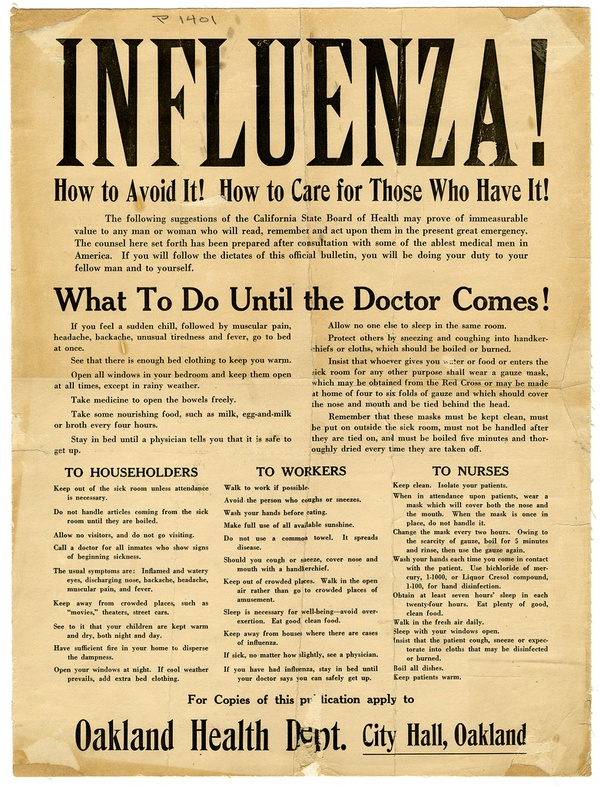 Influenza! How to avoid it! How to care for those who have it! ... What to do until the doctor comes! / Oakland Health Dept., Vault B-168, courtesy, California Historical Society, Vault_B-168.jpg., No known copyright restrictions