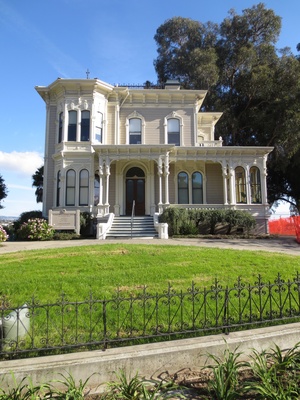 The Camron-Stanford House is the last remaining Victorian home from an era when Lake Merritt was publicly inaccessible. Through the end of the 19th century, private homes dotted the area in what was considered a most fashionable neighborhood. Once Lake Merritt and the surrounding park became public property, Camron-Stanford House housed the Oakland Public Museum from 1907 to 1965. Today the building is a house museum wit law offices on the upper level and an exhibit gallery on the lowest floor. Camron-Stanford House is available for event rental year round and including weddings during the late spring and summer.

The home was built by Dr. Samuel Merritt while he was developing the area. The home is named for some of its residents: the first family was the Camrons (1876-1877). Other notable residents include the family of David Hewes (1877-1881), an associate of the “Big Four” who is probably best remembered for donating the “golden spike” for the ceremony marking the completion of the first transcontinental railroad in 1869. Later residents were the family of Josiah Stanford (1882-1903), brother of “Big Four” member and university founder Leland Stanford.

The Camron-Stanford House was listed on the National Register of Historic Places in 1972, and on January 7, 1975, the home was designated an Oakland Landmark, under Zoning Case #LM 74-335. 2 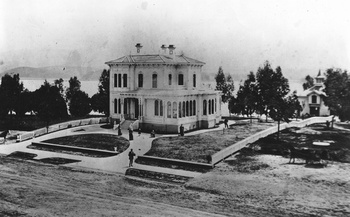 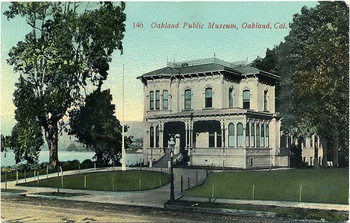