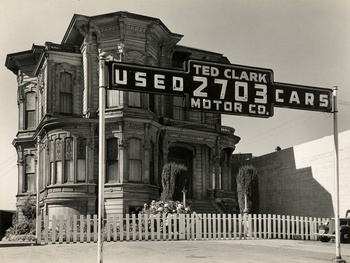 The Curtis Forrest House was a Victorian-era home located at 2703 Webster Street, where Broadway intersects with Webster Street. According to a 1968 Knave column in the Oakland Tribune, the house was constructed for Curtis Forrest and his family in 1879. 3 Mr. Forrest was described as a capitalist, and he passed away in 1890. 4

By 1942, the neighborhood had become more commercial, with the front yard of the home converted into Ted Clark Used Cars, as seen in the accompanying Dorothea Lange photograph. At the time, the house was between the First Presbyterian Church of Oakland and the Howard Automobile - Dahl Chevrolet Showroom, the south wall of which is visible in the Lange photograph. Family members continued to live there until at least 1944; Forrest's wife was living there at the time of her death in 1937, and one of their daughters was still living there in 1944 when the former front yard was occupied by Oliver Frank Used Cars.

The house was originally numbered 1841 Webster Street, then later, 1801 Webster, and finally 2703 Webster, with the former front yard addressed as 2703 Broadway. By 1951 the house had been demolished, as seen in the Sanborn map excerpt below, and the former site of the home is now part of the right of way for 27th Street, which was not connected between Broadway and Telegraph until the mid-1950s. 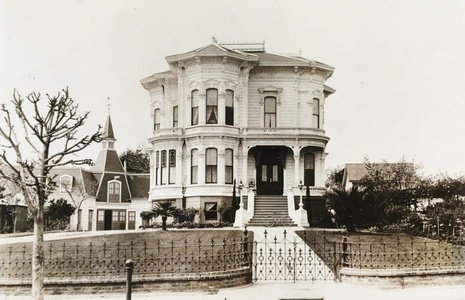 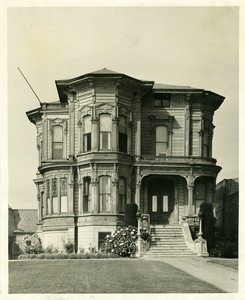 Oakland Museum of California photo
(by way of Facebook) 5 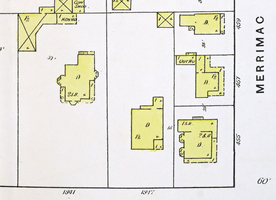