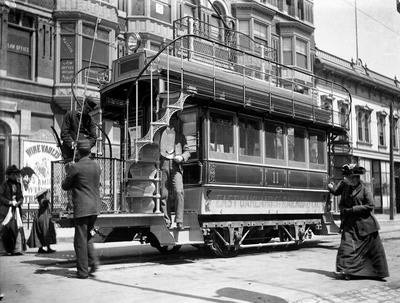 8th Street at Broadway, Blake and Moffitt Building in back

The East Oakland Street Railway was a streetcar line from downtown Oakland to points east of Lake Merritt, beginning operations in 1892. According to The Street Railway Journal, January 1894, E.C. Sessions was the president. 4

In 1897, it was purchased by the The Realty Syndicate, and consolidated with the Highland Park & Fruit Vale Railroad (which Sessions had also owned). All of this would later become part of the Key System. 1

from Illustrated Album of Alameda County 1893 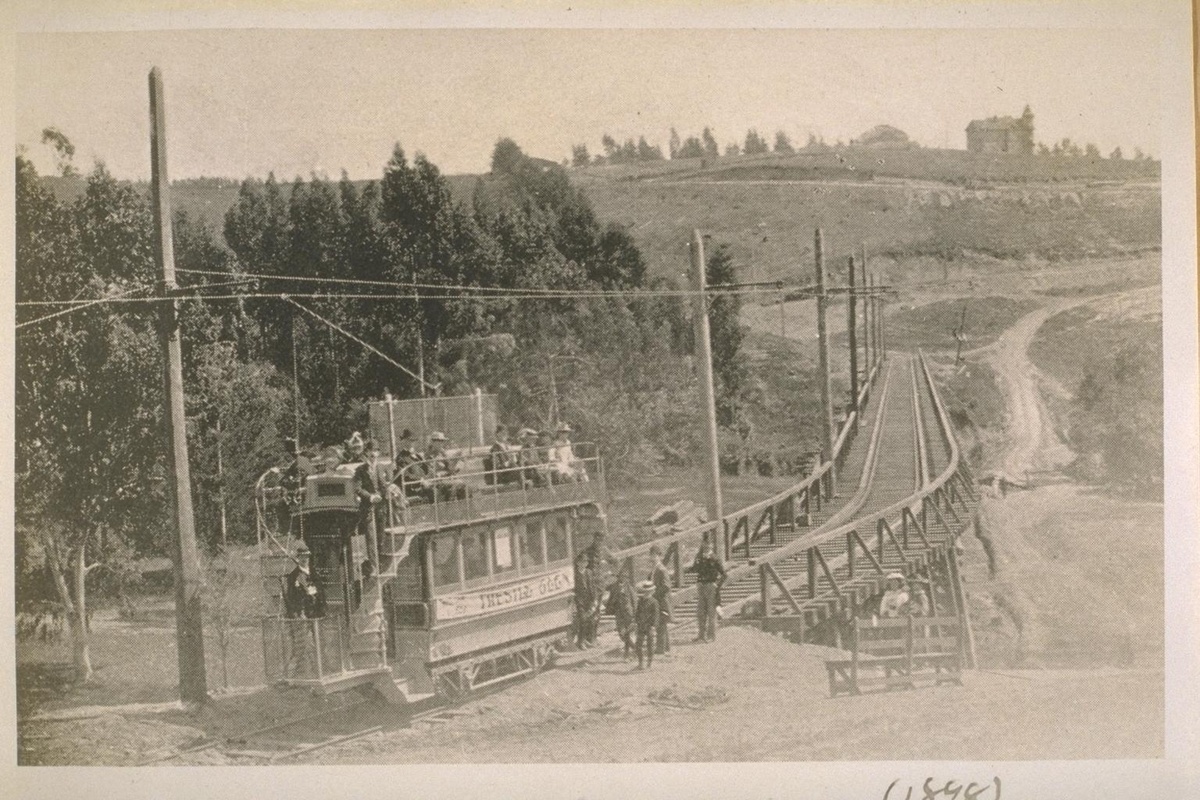 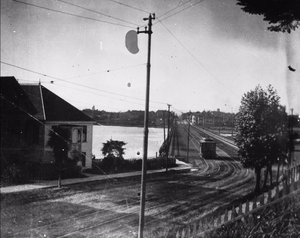 The photo at the top was posted on the Oakland History group on Facebook.

The photo shows the law office of Milton J. Green at upper left. His address in the 1892-93 directory was 478-1/2  10th Street, but his office must have moved to the Blake-Moffitt block, which you correctly identify in the photo; unfortunately there's a long gap in the directories. The photo shows the car operator switching the catenary at the end of the line. Note that the car reads "Railroad," not "Railway." - andrew