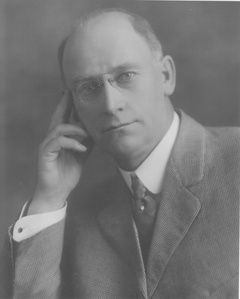 Henry Kennedy "H. K." Jackson (December 14, 1856 – November 24, 1931) was born in Jefferson, Maine and was the founder of the Jackson Furniture company doing business in Oakland, California for 76 years.

Jackson lived in the Bellevue Staten apartments at the time of his death at the age of 75. His funeral services were conducted by his old friend Rev. E. Brush at the Albert Brown Chapel, and private interment took place at the Oakland Crematorium. His first East Bay home was on Broadway in Alameda; his son Frank was born in Alameda and graduated from Alameda High School in the early 1900's. Henry built a home in Piedmont in 1909 and also had vacation homes in Diablo and Boulder Creek.