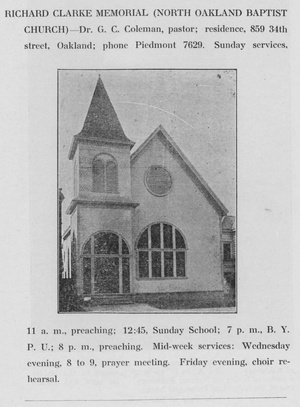 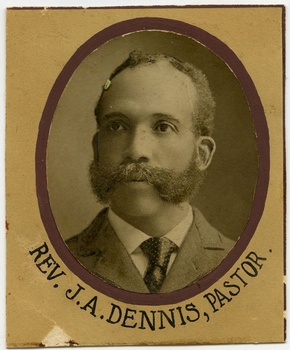 Sometime around 1921 they took over the building at 32nd and Linden which had been home to St. Paul's English Evangelical Lutheran Church. In 1930, the church building burned, but the congregation soon rebuilt. 5 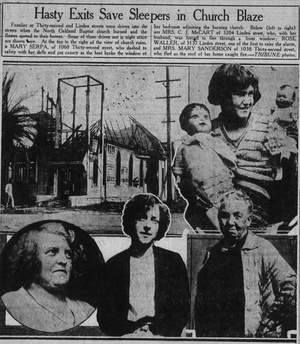 A speech by Barbara Lee 1 honoring the church and From Labor to Reward 4 also say it was also North Oakland Church of Christ for a time, but that was a separate church which used the old building. 6 The old building on 29th is now home to the True Gospel Missionary Baptist Church. 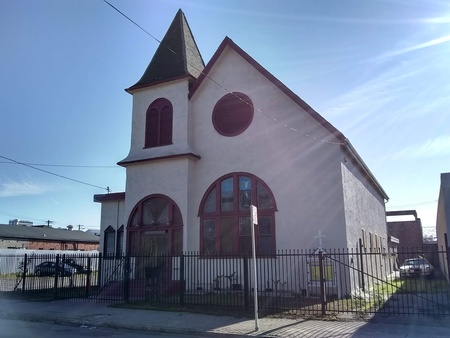 [ need an image of the new building at 32nd and Linden ]