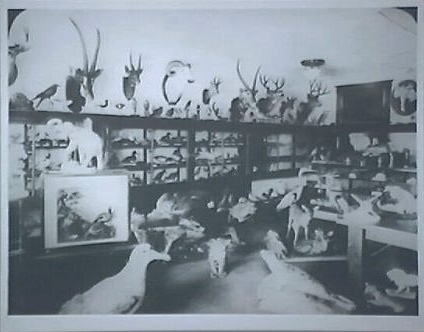 The Snow Museum of Natural History (1922 – 1967) was located in the Cutting Mansion (once the elegant home of Francis Cutting and his second wife, Sarah Abbie Kendall), on the shore of Lake Merritt, at Lakeside Drive and 20th Street.2 (A 1938 city directory lists its address as 274 19th Street, where Snow Park is now.) The Snow Museum later became part of the Oakland Museum of California.

Henry Snow, a true Oaklander full of civic pride (“I am for Oakland first, last and all the time!”) wanted the city to build a new, fireproof museum to showcase his extensive collection of stuffed animals obtained from global big-game safari hunting. He and local businessmen raised $1 million to back this offer, along with architectural plans drawn by Maury Diggs. However, Oakland’s city attorney deemed such donations illegal and shut down plans for the museum.

After Snow threatened to donate his entire collection to the City of San Francisco, the City of Oakland’s next best option was to acquire the 30-room Cutting mansion and display Snow’s collection there. This venue opened to the public in 1922. School children from throughout Oakland marveled at the ... [be back soon!] 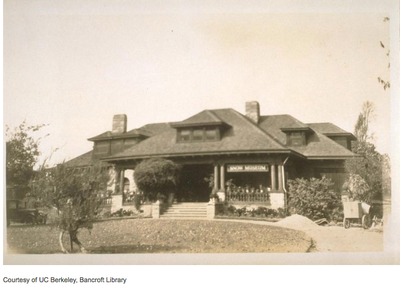 [the following is copy/paste, but at least it’s a start]

Today where Lakeside Drive and 20th Street converge in Oakland, there’s a little patch of grass with a putting green. But once there was a mansion-turned-museum, the Snow Museum, which opened in 1922. Inside, children marveled at gigantic, sawdust-filled animals from Africa. The Snow family donned pith helmets for their big-game safari hunting and brought back stuffed hippos and rhinos, thousands of animal pelts and 50,000 bird eggs.

In the 30-room mansion (the city’s donation in lieu of a fireproof museum, as Henry Snow had requested), two tons of material roared silent veldt howls, while 25 tons sat in boxed storage. Snow considered the three white rhinos the greatest treasure of the collection, since there was only one small band of them still roaming the planet, ironically further decimated by the man who valued them. The largest weighed 5,000 pounds with a 22-inch horn and was never exhibited because, like the giraffes, it was too large to be displayed.

The Snows led exciting lives, one must reluctantly admit. A Kodiak bear charged Henry in the Arctic, and he felled it with a bullet to the eye. He scrambled over upending ice floes, hung out with Roald Amundsen (South Pole discoverer), and found mastodon bones with 11-foot tusks. In 1924, his adventurous son Sidney discovered the bodies of four frozen Canadian scientists who had been caught in an Arctic blizzard. Sidney tried to harpoon whales that (you’ll like this) fought back, nearly tipping over his vessel. An 1,800-pound polar bear he captured lost 300 pounds on the voyage down from the Arctic, which sounds hopefully like this bear was a live exhibit. He also brought back two Eskimos who were culture-shocked over the size of San Francisco.

Upset over the promised, but never delivered, fireproof facility, Henry threatened to donate the collection to San Francisco — while pledging his preference for these eastern shores. “I am for Oakland first, last and all the time,” he said. (Ah, civic pride! Henry and Sidney showed motion picture films of their African sojourns at the Hotel Oakland in 1922. The crowds cheered the sight of the word “Oakland” on the side of a safari vehicle.) In 1924, a year after his Kodiak bear tussle, Henry and local businessmen raised $1 million, offering it to the city to build the museum. Fox Theater architect Maury Diggs even drew up the plans. But the city attorney deemed such action illegal, although today it wouldn’t be — Oakland might have had the Oakland Museum 50 years earlier. Speaking of that facility, it does display a few of Henry’s creatures, auctioned off when the Snow Museum closed in 1967. 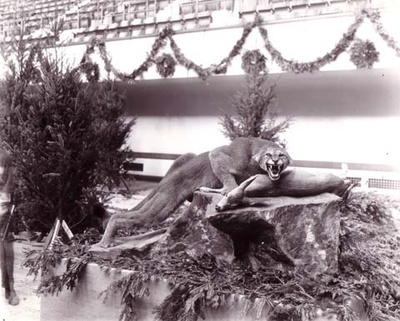 Another scheme, which also did not come to fruition, involved a 40-foot-deep cave on the lakeshore edge of Lake Merritt to hold living lions, rhinos, hippos and giraffes. The harebrained aspect? No bars, no cages: just a water-filled moat too wide for them to jump and too deep to wade across. How could that go wrong? 1

At one time, it was possible to rent some of the stuffed animals from the museum! “Oakland’s natural history center, the Snow Museum, rents out such unusual items as a crouching African lion, a polar bear, or even a gorgeous peacock.” 3

Sculptor Melvin Johansen began his career as a taxidermist for the Snow Museum.

Henry and Daisy’s daughter Nydine was the curator of the museum for many years.