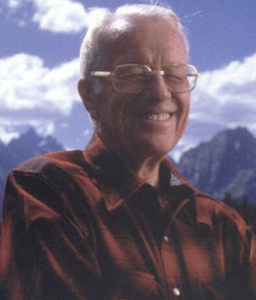 William Penn Mott, Jr. (1909–1992) was the Oakland Parks Superintendent for 17 years where he accomplished a great deal of improvements and projects including the creation of Oakland's Children's Fairyland, hiring Paul Covel as the first Municipal Naturalist anywhere in the United States, and for helping break down racial and gender discrimination by hiring women and minorities and then promoting them into leadership positions. 2

He was (as far as known) not related to Frank K. Mott.

Mott was the City of Oakland's Parks Superintendent from 1946 to 1962. During this time, Children's Fairyland, the Oakland Zoo and the Rotary Nature Center all came into being. He also personally redesigned Mosswood Park, removing overgrowth and installing tennis courts and baseball diamonds. 2

In 1962 Mott took the job as East Bay Regional Park District General Manager, and oversaw the growth of the park system from 10,500 to 22,000 acres, as well as adding 15 new parks, up from the original five parks.