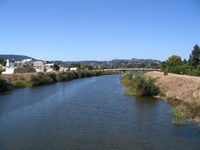 San Lorenzo River whitewater river kayaking guide provides information about boating on the river. The San Lorenzo River Directory lists local websites on river recreation and river conservation (sort alphabetically, 1=kayaking-canoeing, 2=rafting, 3=conservation, 4=fishing, 5=hiking-camping, 6=local information). There have been several accidents in the winter, when people try to ride the rapid flowing river on a flotation device. Many suffer from hypothermia. (The water is frigid in winter.)

The River was once deep enough in summer for small paddle boats. The boats were accessed on East Cliff Drive near Jessie Street. Renters were allowed to paddle them as far upstream as the bridge at Riverside Avenue.

The River Mouth area has been known for over a hundred years for its excellent surfing, though for some extended time periods the break is poor. 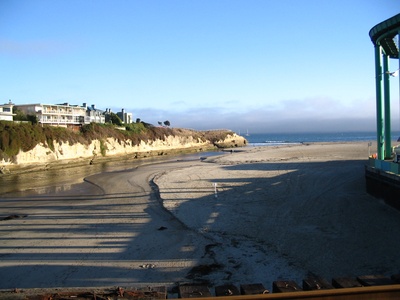 The river where it meets the bay at low tide 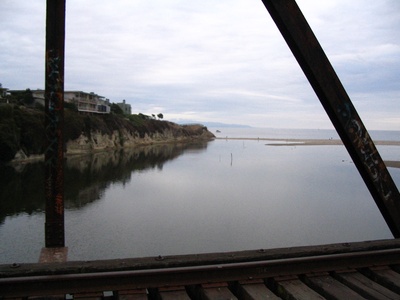 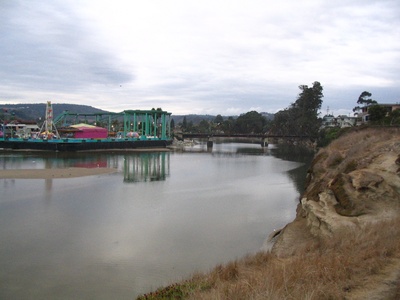 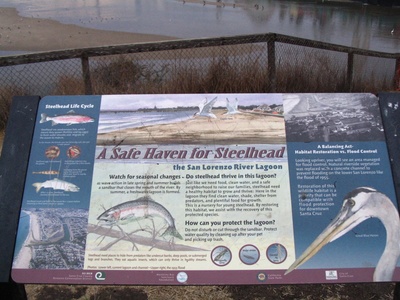 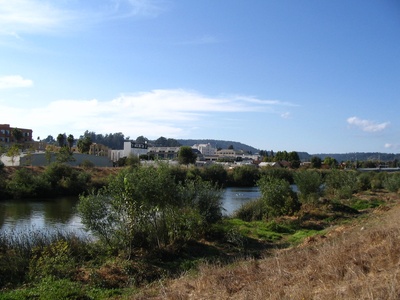 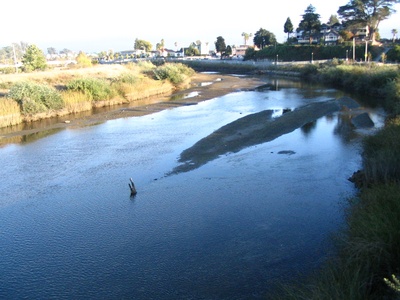 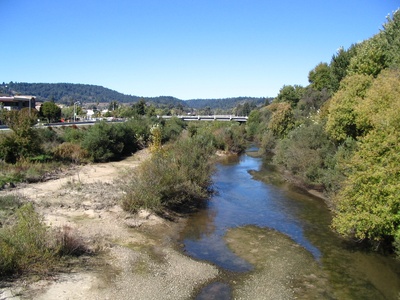 The river at low water level due to seasonal changes.