Osahon Ekhator is a candidate for ASUCD Senate in the Winter 2010 ASUCD Election running on the LEAD slate.

Just because he has "hator" in his name doesn't mean he is one. 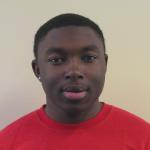 Hey! My name is Osahon Ekhator, and I am running for ASUCD senate under the LEAD (Leadership Empowerment Activism and Determination) slate. I am a second year student studying towards a major in human development. I served as Vice Chair on the Ethnic and Cultural Affairs Commission. I was also a panel member as well as a youth group leader for the 2009 Black Youth Leadership Conference. I attended the 2008 and 2009 Students of Color Conference and attained valuable leadership and community empowerment skills that would serve me very well If I were given a chance to utilize them in the senate. *Incentive-Based Skill Workshops for Freshman When many of us came to Davis, we were immediately thrust into the adult world with little knowledge of how to use the vast resources at our disposal. I pledge to reach out to Student Housing, EOP, and the Outreach Assembly to create incentive based programs, events, and workshops at the dorms and during orientation to better prepare our incoming fellow students for the rigors of adult college life. *Bridging the Gap Between ASUCD and Underrepresented Communities It breaks my heart to see student interest groups and concerned students who are unable to voice their concerns about the way their student government is being run. I pledge to serve as a liaison between these groups and the senate so that all of your voices are heard. ASUCD's sole purpose is to better the lives of students at UCD, as well as equally represent its many diverse ethnic groups. ASUCD has so much to offer, yet there is a growing disconnect between the student body and it's elected representatives. I feel that if given the opportunity to be an ASUCD senator, I would be able to help bridge that gap as well as tackle pressing issues that affect students daily. The majority of UCD students come from different ethnic groups and minorities. There is beauty in our diversity. I am passionate and sincere about wanting to better the lives of my fellow students. While I have many ideas about the goals that I can accomplish, I realize that it's up to the students to determine what issues are important to them and I will be the Senator who listens. Please Vote Osahon #1 and LEAD 2-6. Also, Vote Jack and Previn for President/VP!!!