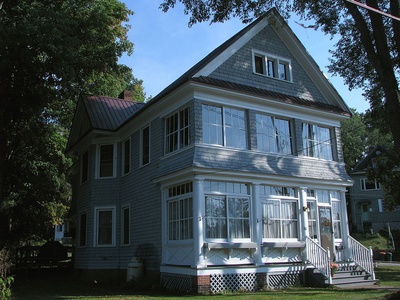 French Hill is one of the earliest neighborhoods in Saranac Lake. It is comprised of east-west streets McClelland, James, Charles, Prospect Avenue, McIntyre, Neil, and Olive Streets and Arnold Drive; and north-south streets Hope, Fairview Avenue, William, Virginia and McComb. It is about forty acres in extent.

James McClelland, a guide for Paul Smith, came to Saranac Lake from Elizabethtown before 1870. James later purchased 60 acres of land from Smith, on the hill west of Broadway, what was to become the French Hill section of Saranac Lake. When it was developed, many streets including James, Virginia, Charles, William and Neil, were named by his widow, Mary E. (Wise) McClelland, for members of her family. James and McClelland Streets, named in memory of James McClelland, run parallel to each other. Present day McIntyre Street was originally named Lena Street, after another of Mary's children. 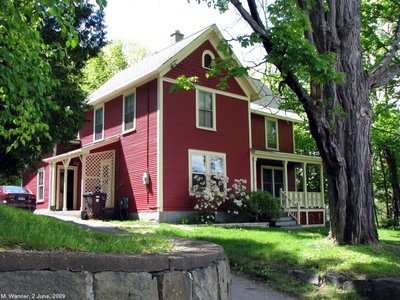 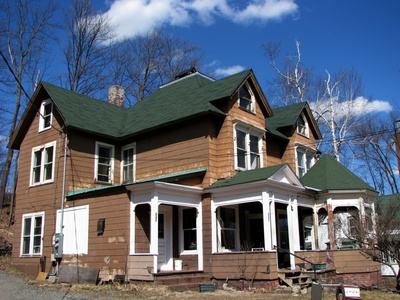 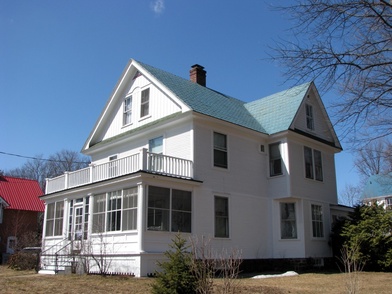 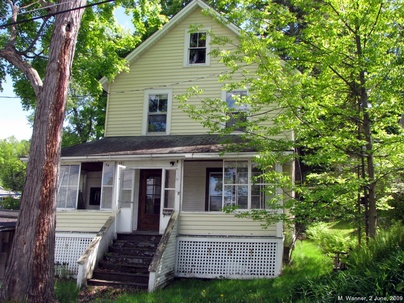 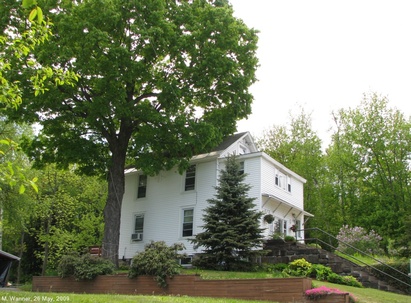 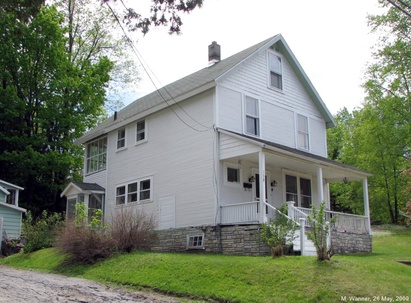 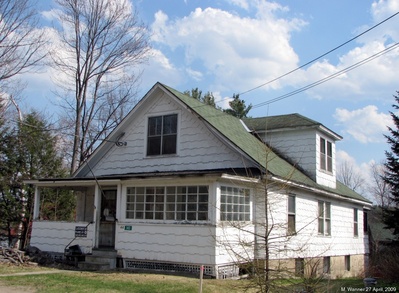 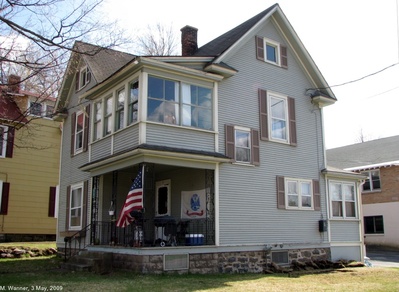