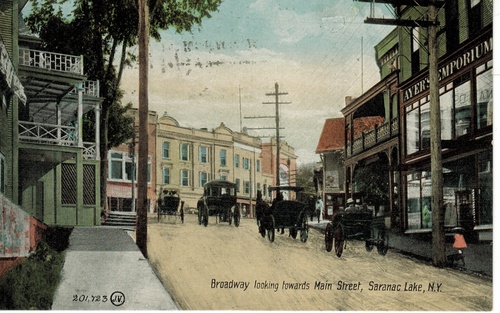 Broadway runs from Main Street, north, half a mile, becoming Lake Colby drive and then the Harrietstown Road. In the 1930s, at the intersection with Bloomingdale Avenue, it was the site of three hotels, the St. Regis, the Arlington, and the Alpine (once the tallest building between Albany and Montreal), and two theaters, the Pontiac and the Colonial, as well as many shops and stores.

Broadway was known as Depot Street in 1895, for the New York Central Railroad Depot which stood across the tracks from today's (2010) Kinney Drugs. By October of 1899, the street was re-named Broadway; the former Railroad street had taken the name Depot Street, which it is still called today. 1 The NYC depot was replaced for passenger use by the Union Depot in 1904; the old NYC passenger depot later housed the business named Big D, and burned down in the late 1970s. 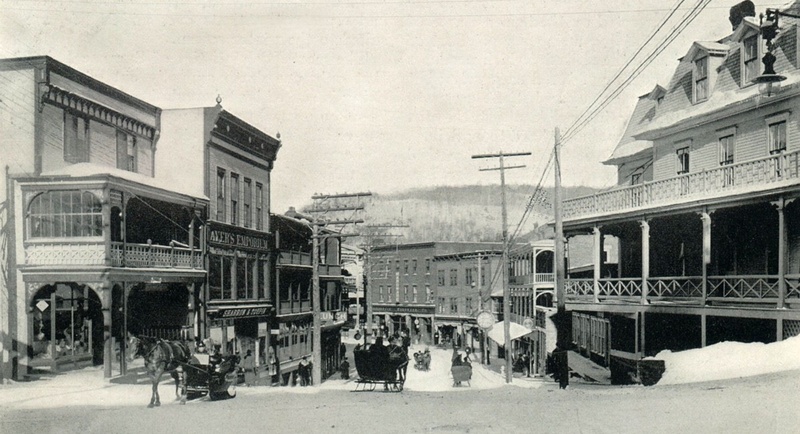 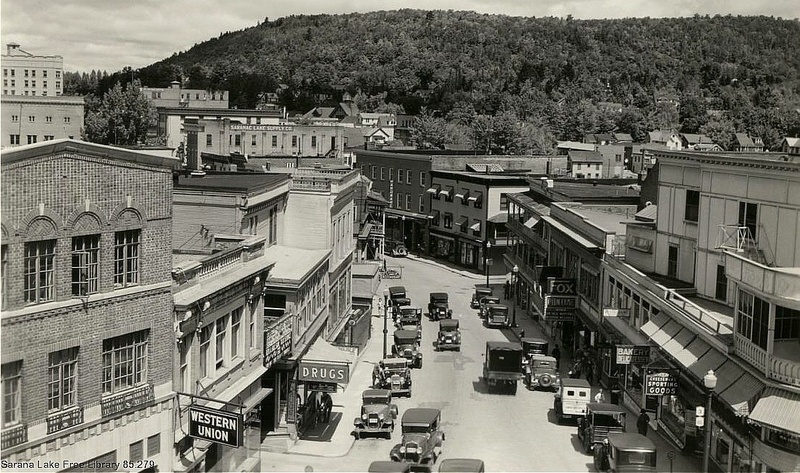 Approximately the same view as above, but shot from a higher point, probably the Coulter Block.
(Photograph 85.279, courtesy of the Adirondack Research Room, Saranac Lake Free Library) 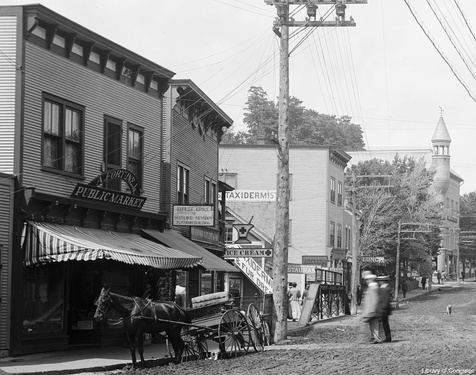 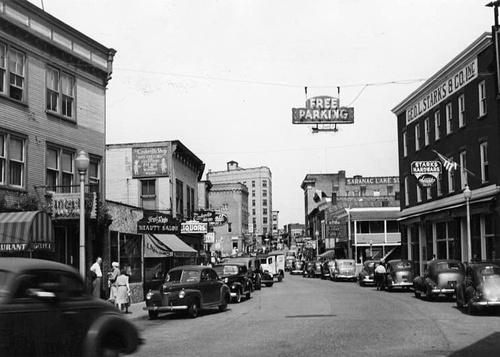 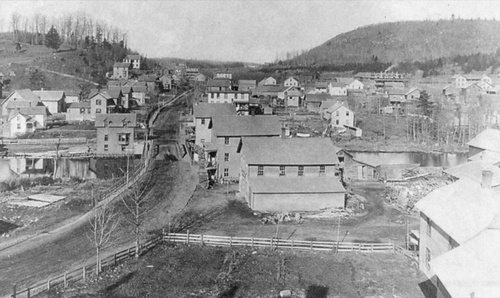 Broadway, looking north, 1885. Saranac River flows left to right across the middle of the photograph, crossed by the narrow Broadway bridge. The location of present day Woodruff Street is just beyond the near foreground fence. Photograph #82.499 courtesy of the Adirondack Research Room of the Saranac Lake Free Library. 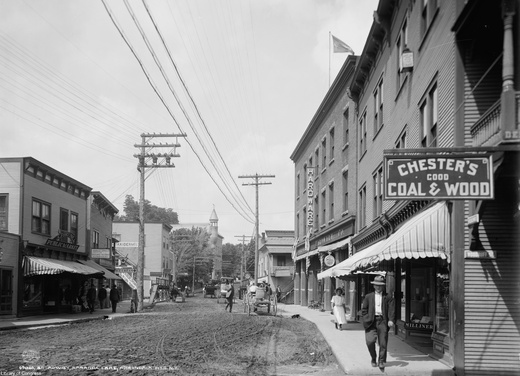 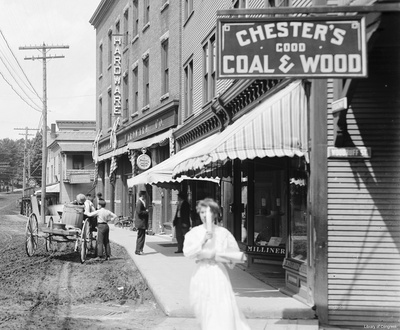 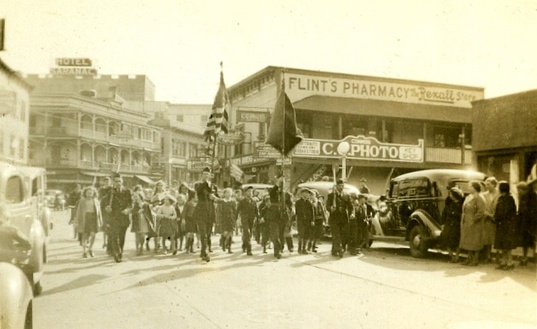 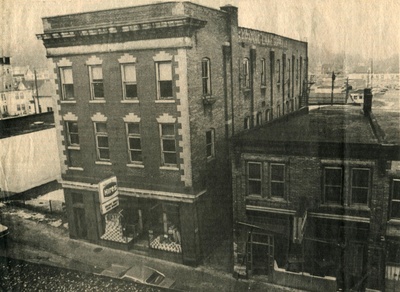 The future site of the Saranac Lake branch of the Farmers National Bank includes the old Candle Shop lot at left, the Saranac Supply building and, at right, the Dickie's building. The buildings were demolished in the spring of 1974. Adirondack Daily Enterprise, February 1, 1974 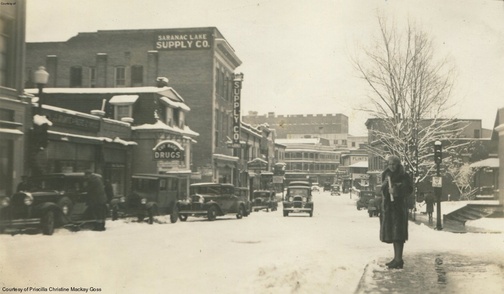 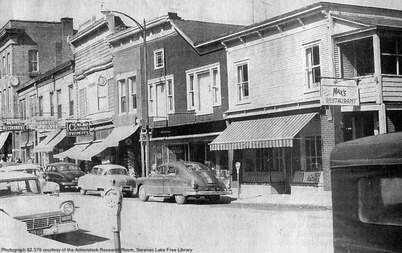 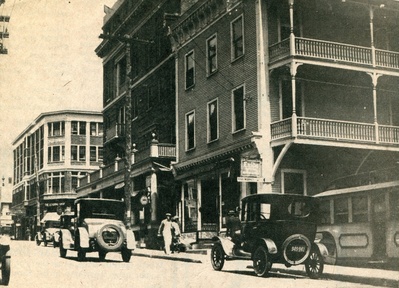 The Leading Shop in the Potter Block is adjacent to Henry Wamsganz's store. The diner, belonging to Wheelers, is half visible near the Model T Ford with the 1923 license plates. Auto lovers think that the car parked at the left may be an "Overland". These were great years in the village and the economy was very solid.