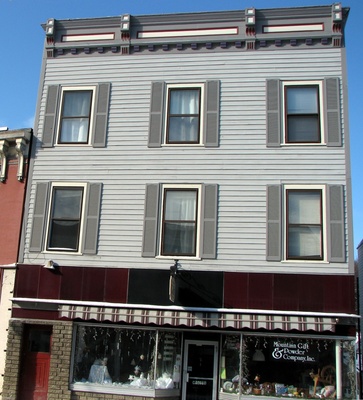 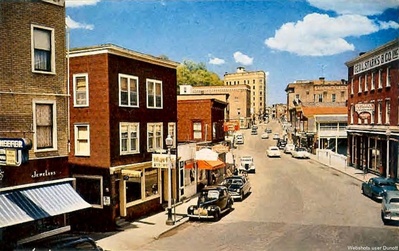 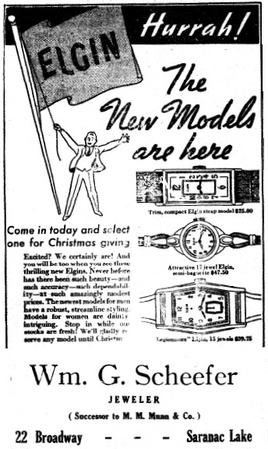 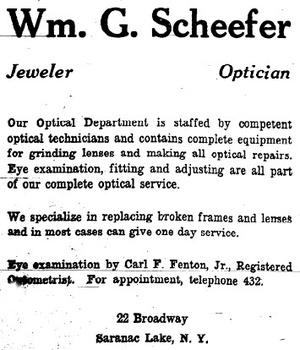 One of the earliest tenants of Scheefer’s storefront was Mulflur's Shoes, this possibly being William F. Mulflur's first business location. By 1910, Mulflur had moved up to the Telephone Exchange, and Hull himself probably took over the space. He was definitely there by 1915.

Frederick Hull was a jeweler, and the ground floor of 20-22 Broadway remained a jewelry store until at least 1980. He leased the space to Matthew M. Munn and Ernest Lamy, beginning February, 1919, for $75 per month. By 1923, Lamy was out of the picture; and, in February of that year, Hull sold the building to George Kleiner for $21,000. The Hulls had done quite well aside from the sale, and Frederick and his British-born wife, Caroline, who survived him by many years, took up residence in Beverly Hills.

Francis N. KondillisMatt Munn was one of the Munn brothers who owned the well-known grocery store in the Fowler Block. He developed an interest in the jewelry business early on and left the grocery primarily in the hands of his brother Will. Later in the 1920s, he took on William G. Scheefer as a junior partner.

By May, 1936, Munn was not actively involved in the business, and he was leasing the store space to Scheefer for the same amount he had paid Hull 17 years before — $75 per month. Earlier that May, Matt Munn had taken on a rather substantial responsibility. Lionel Miller, whose pharmacy was in the McIntyre Block, was in such difficult financial straits with so many creditors that he gave Munn power of attorney and assigned to Munn all of his property, including his home at 7 Prospect Avenue. This house has what may be the only pentagonal cure porch in the village.

Probably when Bill Scheefer, Sr. bought the building, a new storefront exterior was put on. It was a very fine looking, burgundy carrara glass surrounding the display windows. With the passing years, many of the lower panes of the carrara glass were broken and the storefront was redone Aug., 1983, with a rusticated concrete-block facing by Joel Munn, mason. Two bands of carrara glass were left intact above the display windows and those lower panes that were unbroken are being saved as replacements.

As for the rest of the Scheefer Building, it has undergone many changes since it was new, and probably the only original exterior features remaining are the modest cornice and consoles topping the facade.