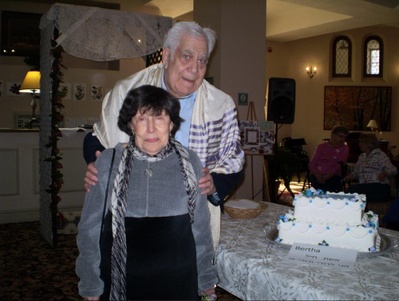 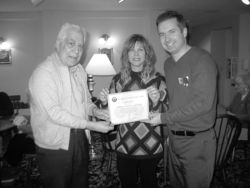 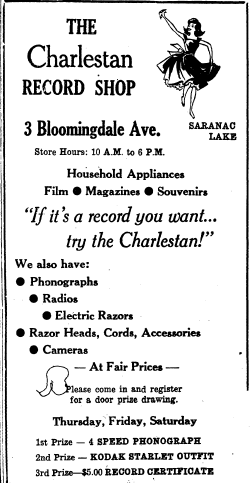 Howard Hoffman owned the Hoffman Pharmacy. He lived at 34 Old Military Road from 1955 to 2009, and later at Will Rogers.

He had three children, his oldest son, Stanley, daughter Leslie and his youngest son Charles.

He first bought "Terminal Pharmacy" at 3 Bloomingdale Avenue from Ed Norton; it had been the Charles Reiss Pharmacy for many years. The reason it was called the Terminal Pharmacy (not such a great sounding name for a place that is supposed to make you feel better) was it served as the terminal stop for the Trailways Bus. In June 1961, he rented a space from Newman & Holmes on Church Street Extension and moved his Pharmacy there. Hoffman Pharmacy was there for many years. He continued to run the original spot on Bloomingdale Avenue as a record and magazine shop which he called the Charlestan, which was a combination of his children names. After the St. Regis Hotel fire, he ran the Trailways Bus Terminal. He bought the Cohen Pharmacy in Tupper Lake, and operated it from 1964 to 1966, but the traveling was way too great and it was hard to find pharmacists in the Adirondacks. The advertising quote for the Pharmacy was "open 365 days a year, 7 days a week". Howard's home phone number (like other pharmacists in the town) was listed in the phone book and people who needed medication would call at night and he would always be willing to go down to the Pharmacy to fill their prescriptions. Howard retired in 1999.

People of the town might remember a Samoyed that would sit near one of the front window of the store. The Hoffmans had two Samoyeds, Princess and then Meesha. The Pharmacy was eventually closed down and the store was renamed Hoffman B & H. Finally Howard retired. Howard and his Wife Bertha love living in Saranac Lake and are now residing at Will Rogers and their cat Penny. They enjoy the quietness and beauty of the Village. His children, also very much in love with the area, try to make it back often to the town they all love.

Among the newest residents of Saranac Lake are Howard Hoffman, his wife, Bertha, and son, Stanley, aged four months.

Mr. Hoffman is the new proprietor of the Terminal Pharmacy, formerly Norton's, 3 Bloomingdale avenue. He is a graduate of the Columbia University School of Pharmacy, class of 1947, and a veteran of the Navy.

Son of a druggist, he worked in his father's store in New York and managed Whelan Drug Stores in Washington, D. C, before purchasing the Norton store.

Howard Hoffman, owner of Hoffman Pharmacy in Saranac Lake has announced the acquisition of the Cohn Pharmacy in Tupper Lake. [...]

Howard Hoffman came to Saranac Lake in 1951, purchasing the Charles Reiss Pharmacy at 3 Bloomingdale Avenue. He completely remodeled the store in 1954 using the fixtures of the Model Pharmacy at the New York State Pharmaceutical Soc. Convention at Saranac Inn. In 1961 when Newman & Holmes built the shopping Center on Church Street Extension the pharmacy was moved there. The Bloomingdale Avenue location is now the Charlestan Record Shop with the Tri-Lakes & Trailways Bus Stop located there.

Mr. Hoffman has been active in community affairs having served as head of many fraternal and service organizations. For several years he was a director of the Chamber of Commerce. [...] 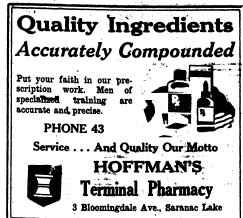 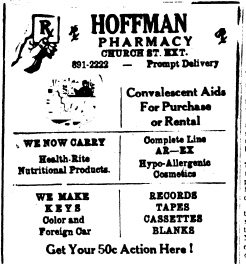 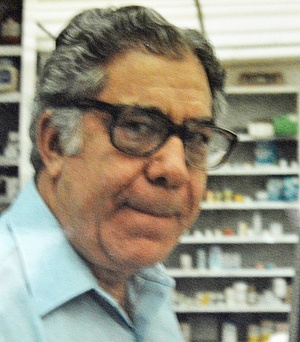 He is survived by his wife of 67 years, Bertha, from Uniontown, Pennsylvania, whom he married in Washington, D.C.; two sons: Stanley, of Charleston South Carolina, and Charles, of Waltham, Massachusetts; and a daughter Leslie of Saranac Lake; seven grandchildren: Emily, Amanda, Susanna, Nicholas, Richard, Alexander and Catherine; a sister Mrs. Eleanor Grunberg of Rockville, Maryland; and several nieces and nephews.

Howard was in the first four-year graduating class of the Bronx High School of Science and received a Bachelor of Science in Pharmacy degree from Columbia University, College of Pharmacy in 1947 after serving in the United States Navy in World War II as an Electronic Technicians Mate 3/C.

Howard bought the pharmacy at 3 Bloomingdale Ave. in December 1951 from Ed Norton, which had been the Charles Reiss Pharmacy for many years. In June 1961, he relocated to Church Street Extension in the former Newman & Holmes shopping complex. He continued the original location as the Charlestan Record Shop. After the St. Regis Hotel fire, he ran the Trailways Bus Terminal. Howard bought the Cohen Pharmacy in Tupper Lake and operated it between 1964 to 1966. He retired in 1999.

When he moved to Saranac Village at Will Rogers, Howard established a sanctioned duplicate bridge club. His avocation was duplicate bridge. He won several regional pairs championships with his favorite partners Linda Hagar and Joan Hough, and team events with them that included Pete Hagar.

Burial will be in the Pine Ridge Cemetery in Saranac Lake at the convenience of the family. A memorial service will be held at Saranac Village at Will Rogers in Saranac Lake to be announced. Memorial contributions should be to your favorite charity.

Funeral arrangements are in care of the Fortune-Keough Funeral Home. Family and friends can share their memories and sign the online guestbook at fortunekeoughfuneralhome.com.