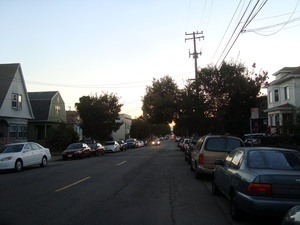 The town of Clinton (1854–56) was originally separate from Oakland. The story goes that in 1849, Moses Chase pitched a tent either at the foot of Broadway or in San Antonio. While living in his tent, Chase became ill with "mountain fever." The three Patten brothers came along and nursed him back to health. Together they leased 640 acres from Antonio Peralta, with Moses Chase helping the Pattens farm the land. The Pattens built a house at 3rd and East 9th Street, and Chase built his home at 4th and East 8th Street. During that time, Chase’s betrothed, Mary Ellen Clinton, died and the settlement was named after her.1

The town was established in 1854. Clinton was annexed first by the town of Brooklyn in 1856, which was itself annexed by Oakland in 1872.

In 1955, Clinton (now a neighborhood) was home to one of the first federal urban renewal projects in the west. 100 homes were torn down and 50 apartment buildings were built. Homeowners were pushed out.2 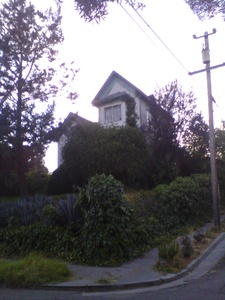 Many of these Asian markets are in Clinton (published in 2011- would be good to see which are still there!). This is interesting as a January, 2014 "Community Voices" post in Oakland Local suggested that Clinton was a food desert. (The OL post said lots of other things, including may positives.)

Clinton is a largely residential area with a mix of apartments and houses. There are lots of hilly, leafy areas and lots of interesting old houses. It's a diverse area with a mix of white folks, black folks, latino folks, Vietnamese folks, and more. 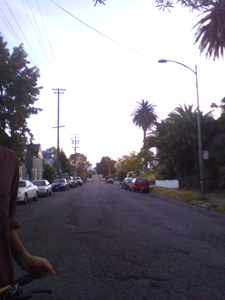 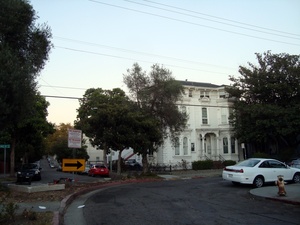 One of the mansions and closed-off intersections in the neighborhood. (photo by mk30)