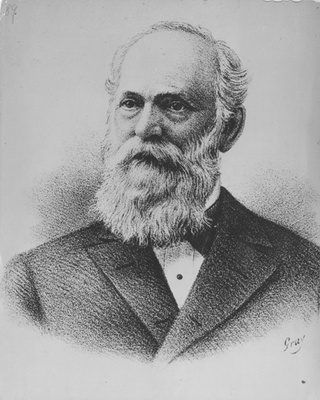 from History of Alameda County by M. M. WoodEdson Adams (1824–1888) was one of Oakland’s three founders (along with Horace W. Carpentier and Andrew Moon). 1 Adams was born in Connecticut and came to San Francisco in 1849 because of the gold rush. He came to Oakland in 1850. 2

Adams (along with Carpentier and Moon) leased 160 acres along Broadway from Vicente Peralta, and the trio illegally sold lots to other arrivals to Oakland.1 According to one source, when these three bought the land, the country was a “wilderness.” The trio (along with silent partner Alfred Burrell) hired Julius Kellersberger to plan the physical layout of the city. 2 The Adams Point neighborhood was named after Mr. Adams, because he owned the area for quite some time.

He married Hannah Jayne, Oakland’s first schoolteacher (look for a nice painting of her on the back wall of the Oakland History Room). One of their children, Edson F. Adams, was the person that inherited the majority of Adams Point, and refused to develop or sell the property for decades, hoping to gouge Oakland to the max.

In 1869 the office of Edson Adams was located on the northwest corner of Broadway and Water Streets. He resided on 6th Street, between Grove and and Castro Streets. 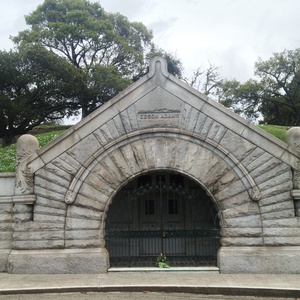