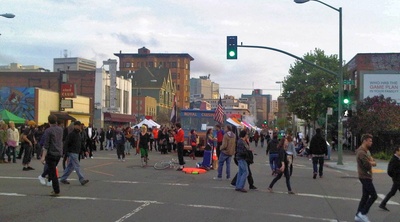 “What we do inside the gallery spaces is Art Murmur,” explained Danielle Fox, Oakland Art Murmur’s director.

“What happens out in the street is First Friday.”

In January, 2014, Mills released a report on the economic impacts of First Fridays.

According to a tweet from the Area Commander from Police District 2, Captain Toribio, over 10,000 people attended and there were no reported incidents.

According to a story on Oakland North, the last round of funding from the City was just enough to cover the July, 2013 First Friday.

In 2006, a group of downtown Art Galleries initiated a monthly art crawl. People came, sidewalks got crowded. The galleries applied and received a permit from the city to close off one block to traffic, making space for walking, food and other vendors on the street.

By 2010, a non-profit group, Oakland Art Murmur, was formed to co-ordinate the now dozens of venues showing art.

June 2010, more than 10,000 people were taking over downtown streets on event nights. It was too much for the four private security guards hired to manage. When Gallery owners phone the OPD for backup, the cops didn't show up.

Before things got out of hand, in June 2012, Oakland Art Murmur cancelled its permit for road closing. This forced the Police Force's hand and they now had to step in.

Jack London Square got in on the action on Friday May 4, 2012 with its own Jack's Night Market. People began using the Free Broadway Shuttle between both locations with extended service hours.

In September 2012, Mayor Jean Quan committed closing off about 20 blocks around Telegraph Avenue and assigned 20 police officers each month.

February 2013, a First Friday Shooting happened. Would the city shut the event down?  This Blog post went viral arguing it should not.

The March footprint was scaled back to what it was about a year earlier, the night was to be alcohol free, end an hour earlier, and a moment of silence was observed.

April 2013, about 20,000 people were back for a scaled back and overall incident-free First Friday.

Fall Out From Shooting From City Perspective

From Santana's Budget Memo dated 5/13/13: From February to date staff has significantly reduced the overall impact of First Fridays on City resources by implementing new measures that have resulted in a safer, more manageable event. These include: reducing the event footprint by 50%; ending the event one hour earlier, and, enforcing a ban on open containers. As a result, staff was able to lower OPD presence from a high of 34 personnel to 10, which reduced costs from approximately $45,000 per month to approximately $7,500 per month. Staff was also able to reduce VMA presence from a high of 30 security guards to a low of 12 in May, which has reduced costs from $11,000 per month to $5,000 per month. The City continues to incur approximately $3,000 in monthly costs from outside vendors for street closure crew/equipment and $1,000 per month for event insurance. In March, the City notified the First Fridays event organizers that the special event permit, insurance and all of the above reference costs will become their full responsibility beginning the July 5 First Fridays and continue monthly for the life of the event. As such, no line item is being proposed for First Fridays in the City’s FY 2013-15 Proposed Policy Budget. 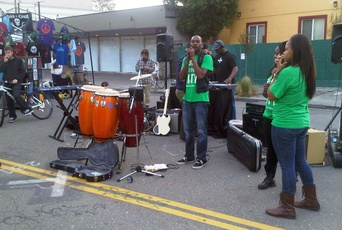 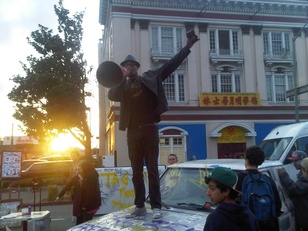 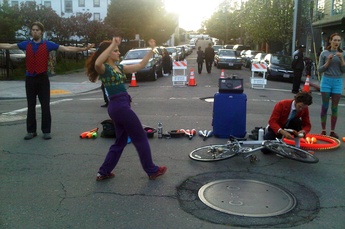