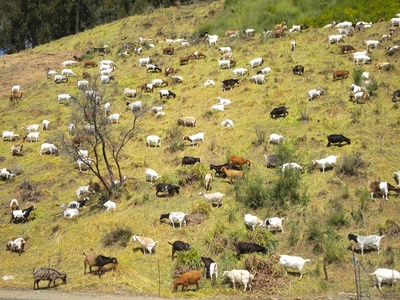 photo CC SA-BY Our OaklandSome people keep goats as pets or farm animals, and the Oakland Zoo has a couple in the children's zoo. But goats in Oakland are most commonly seen at the beginning of fire season grazing on the hillsides to reduce the fuel load. This was part of the Wildfire Prevention Assessment District program.

The children's zoo at the Oakland Zoo has several Nubian goats for young people to feed and interact with. The older children's zoo (circa 2000) had several goats that were some of the most overfed animals this editor has seen. Question: This editor remembers a similar situation from 15+ years ago of babysitting at Fairyland and 25+ years ago of being one of the overfeeders. is this true or am I combining w/zoo?

Goats are commonly seen in on the hillsides of Oakland from the beginning of the fire season. Many people enjoy seeing them work, and they are a cost-effective way of reducing the fuel load, and have a number of advantages over other methods such as herbicides. And the goats seem to enjoy their work. Although goats happily eat everything in sight, they must eat nutritious foods as well and it's important to supplement with, well, goat food. It's not clear that this always happens with goats used for fire prevention. If the electric pens containing the goats are not moved frequently enough, the goats may end up subsisting on dead plants which are empty of nutrition.

However, there are concerns about the goats spreading seeds and plant diseases, and goats are not finicky about what they eat—they eat native plants just as happily as invasives. This is a concern in delicate areas like Knowland Park and around Sausal Creek. In 2003, goats ate some rare and endangered trees in the Oakland Hills.2 Additionally, if the fences are not moved frequently enough or if the pens contain too many goats, the area the goats are walking in may get seriously trampled. There has also been at least one serious case of the goats being abused by goatherds. 1 In May, 2014, a herd of fire abatement goats got loose on Highway 24 near the Caldecott tunnel. CHP helped get the goats back off of the freeway. This is dangerous for the goats as well as for drivers. 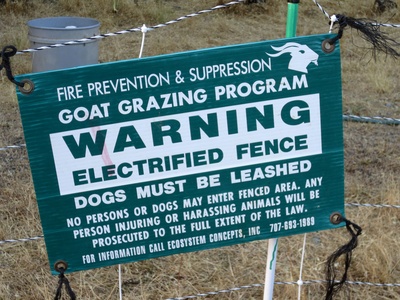 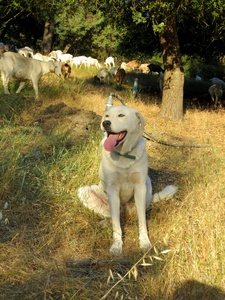 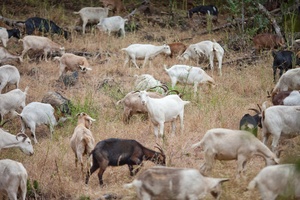 If you want to learn more about other animals in Oakland...