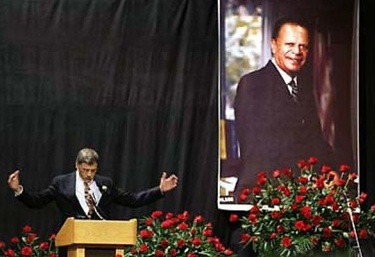 The son of Louise Barrios and Jules Wilson, Wilson moved with his family from New Orleans, Louisiana (where he was born) to Oakland at the age of three.  Growing up, he was the oldest of eight children, which included brothers Warren Barrios Wilson, Kermit Wilson, Jules Wilson, Barry Wilson, Harold Anthony Wilson, sisters Marjorie Honoré, and Marie Anderson.  He attended Clawson Elementary School, graduated from McClymonds High School with honors in 1932, then went on to graduate with a degree in Economics from the University of California, Berkeley in 1939.

Growing up, Wilson was a competitive athlete, teaching himself to play tennis at Mosswood Park with an old beat up racket, and played baseball at Mosswood as well.  Wilson went on to pitch for the Oakland Larks, one of the local black baseball teams of the West Coast Negro Baseball League.  He was the pitcher for the first game of the Oakland Larks.  Wilson played semi-professional baseball between 1939 and 1943.

Disappointed that racial prejudices and exclusionary policies prevented his advancement into the major leagues, Wilson retired from baseball in 1943 and enlisted in the United States Army.  During the final two years of World War II, he served in a combat unit in Europe, and was promoted to First Sergeant.  Upon his return to civilian life in 1946, Wilson attended University of California's Hastings College of Law in San Francisco.  He graduated from law school in 1949, and in 1950 began practicing law in Oakland with George Vaughns.  He served as the President of the Berkeley NAACP in 1950, as well as a Board Member of the South Berkeley YMCA.

Wilson began pursuing a political career, running for Berkeley City Council in 1953 and 1955.  In 1959 Wilson formed the law firm with Carl Metoyer and Wilmont Sweeney.  That same year, he was elected President of the East Bay Democratic Club and Secretary of the Berkeley-Albany Bar Association.

In 1960 Governor Edmund G. Brown, Sr. appointed Wilson to the Oakland Municipal Court, and he became the Vice Chairman of the Oakland Public Advisory Committee on Education.

Governor Brown appointed Wilson to the Alameda County Superior Court in 1964; and Wilson also became an Oakland Museum Board Member.

Wilson had the opportunity to become a federal judge in San Jose in 1967 when he was recommended for the position.  Instead, Wilson went on to election as the first African American mayor of Oakland in 1977, a position he held until his retirement on January 4, 1991.

As the first black judge in Alameda County and then later on when he became mayor of Oakland, Lionel Wilson was always available to mentor young people, including those with political aspirations as well as young people of color.

Wilson's friend, California State Senator Nicholas Petris, was in disbelief that Lionel Wilson would leave his comfortable career as a Superior Court judge for that of Oakland mayor, which at the time only paid $15,000 and would be full of headaches, a "thankless job."

In the 1976 mayoral election, he beat Dave Tucker, who was supported by incumbent John H. Reading. Wilson lost the 1990 mayoral election to Elihu Harris, the second black mayor of Oakland.

In 1980, Jimmy Carter visited Oakland and met with Lionel Wilson and other city officials.  Carter was the first president to come to Oakland on an official visit since 1904. 2

According to historian Robert Stanley Oden, Lionel Wilson disdained the progressive community in Oakland that helped him get elected. Wilson was invested in keeping the urban regime moderate, pro-business, and pro-growth.

Congresswoman Barbara Lee stated that Wilson "broke glass ceilings for people of color and women. He blazed the trail for so many of us who have been elected to public office." 1

Lionel Wilson died in his Montclair District home after a long battle with cancer at the age of 82.

The First National Bank Building in Downtown Oakland was renamed the Lionel Wilson Building, in his honor.