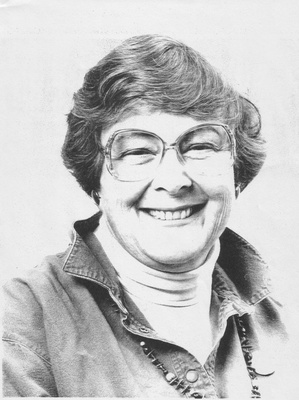 In 1977, Moore was only the third woman elected to City Council, part of a "progressive" movement of council members including Wilson Riles, Jr. and Lionel J. Wilson elected when elections changed from citywide to district elections. According to Jean Quan's newsletter, she was known for "her support of fair and affordable housing, [and] authoring the legislation still largely in place for limiting condo conversions." Quan remembers "her encouragement when I ran for school board 22 years ago and her constant support for the Asian community groups within her district."

Mary Moore was known for empowering community activists, and was inspiration to many Oaklanders to engage with city government. She also led the efforts to keep trucks off of I-580. Henry Gardner (former city manager) called Moore "a trailblazer who was passionate for her district constituents and for Oakland at large." 1

According to the Winter 2013 Oakland Heritage Alliance newsletter, Moore was "a key behind-the-scenes person" during the efforts to save the Metcalf House. She was also a supporter of the environment and a bird enthusiast. And as the first woman on council in modern times, she had to raise a stink to get office space in city hall. 14

Mary was made an honorary Oakland Tech Apollo for her support of their projects.

In 1985, Willie Brown, then State Assembly Speaker, worked on legislation to allow cities borrow money from the state for stadium building. Then-Mayor Lionel Wilson said he was planning on building a giant football stadium next to the existing Coliseum (pre-Mount Davis). This surprised the council and Moore was quoted as saying that the money would come ".From heaven, I guess."6

She was the lone council vote opposed to the Raiders' return in 1990, saying most of the support came from outside Oakland, and referred to Raiders' fans in support as "beer-guzzling bikers." 2 She warned that the return of the Raiders would lead to the departure of the Oakland A's.

In early 1986, Moore took a stance on the (then) undeveloped North hills, "more than a square mile of lush wooded highlands above Montclair, are available for building after decades of inaccessibility because of lack of water." Question: does anyone know which exact area this is? Moore disliked the idea of cluttering the view and of condo-izing the area. 7 In November, 1986, Moore agreed to the North Hills Plan that would allow the building of 700 homes, saying that most residents' concerns had been met.8

In 1988, Moore was considered one of the "Gang of Three" (along with Wilson Riles, Jr. and Dick Spees), as the three were constantly arguing with Mayor Wilson. At the time, Oakland was considering a Strong Mayor initiative, and Moore was a vocal critic against this, as the two fought at almost every City Council meeting (shades of what was to come?) 9 It got so bad that at one meeting, Vice Mayor Aleta Cannon turned off everyone's mic. 10 In June, 1990, Moore was reelected (defeating John Russo) and Wilson was defeated by Riles and Elihu Harris who had a runoff election in November. (Harris won). Moore asked Wilson to let a preservation group (probably the OHA) to speak about a development issue. Words were exchanged and Moore told Wilson that he would be out of there in 6 months. The crowd cheered. Wilson said he would not call on Moore or speak to her unless she issued a public apology.12

Moore opposed the passing of Measure T, the nuclear-free ordinance. 11 She supported the legalization of drugs. (multiple articles.)