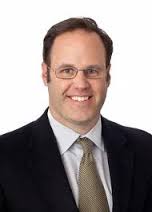 Ryan Coonerty was the mayor of the City of Santa Cruz from 2010 to 2011. He is a lecturer in law at UCSC, he is the co-founder of both NextSpace, a co-working business, and the community organization Santa Cruz Next. He wrote the book "ETCHED IN STONE: Enduring Words From Our Nation's Monuments." He is also the son of Neal Coonerty who is a former mayor himself and currently a county supervisor. Neal Coonerty is the owner of Bookshop Santa Cruz, and Ryan Coonerty grew up in the 1970s and 1980s with a father who owned a large business located on Pacific Avenue in Downtown Santa Cruz.

Ryan Coonerty's positions on downtown issues are both at the heart of his support by community members as well as the basis for a human rights based critique of his tenure by his detractors.

Coonerty founded NextSpace with Caleb Baskin and Jeremey Neuner, who was an economic development manager for the City of Santa Cruz while Coonerty was Santa Cruz’s mayor. Baskin is described on the NextSpace website as being a, "local attorney and business leader."5 Prior to co-founding NextSpace with Neuner, Coonerty and Baskin founded Santa Cruz Next.