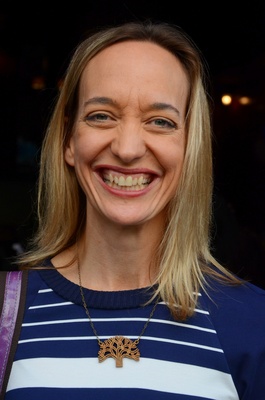 CC SA-NC-BY Our OaklandAnne Campbell Washington is the city council member representing District 4. She was inaugurated in January, 2015.

Previously she was the Oakland Unified School District board member for District 4 and the Assistant City Manager of Emeryville. See political positions here.

She has a newsletter. You can sign up here.

Campbell Washington is the city council member representing District 4. She is on the board of three nonprofits: Children’s Fairyland, Girls Inc. of Alameda County, and Safe Passages. She is married to Glynn Washington. Their two children attend Montclair Elementary School.

On March 18, 2014, the Oakland Tribune reported that Campbell Washington felt compelled to run for the District 4 City Council seat after Libby Schaaf decided to vacate it in order to run for Mayor.

In June 2013, the Oakland Unified School District Board appointed Campbell Washington as the District 4 school board member by a 5-1 vote. She was one of 12 applicants for the position, which was vacated when board member Gary Yee was appointed Acting Superintendent of the District. At the time, Campbell Washington was Mayor Quan's Chief of Staff. Shewill serve the remainder of Gary Yee's term until January 5, 2015.

The Oakland Tribune described Campbell Washington as having "crafted a reputation as a policy expert who has worked in the trenches of local government, building strong relationships with diverse political players across Oakland."

The Oakland Tribune, in a December 2013 report, cited anonymous sources in saying that Washington had spoken to a potential police chief candidate during the hiring process. The firm handling the search, Bob Murray & Associates, said it was cutting ties due to the disputed incident. The anonymous sources asserted that Washington “had a conversation with at least one applicant, who later complained about the nature of the discussion."

The East Bay Express reported in January 2013 that the anonymous allegations made no sense.

“Murray's resignation was curious, however, because Campbell Washington, who also serves on the Oakland school board, appears to have done nothing wrong. She talked to the potential candidate before the city's application deadline at the candidate's request. The candidate wanted to know whether Oakland was conducting a true search — or whether it was just for show and that (Interim Police Chief Sean) Whent was going to get the job. Campbell Washington urged the candidate to apply for the position because the search was real. In other words, it appears that Murray's complaints were unfounded — and a bit strange.

Nobody has revealed the anonymous sources in the Tribune article. However, the Express reported that Bob Murray & Associates had a conflict of interest with then Oakland City Administrator Deanna Santana, who was trying to leave Oakland for another job. Murray was both working for Santana in Oakland at the same time that Murray was in charge of the Dallas city manager search -- a search that placed Santana as a finalist. The East Bay Express reported described it as such:

In recent months, Murray had developed a professional relationship with City Administrator Deanna Santana that raised concerns about potential conflicts of interest. He seemed to acknowledge this fact when he stated in his resignation letter to Santana that he was also upset because his "integrity has been questioned" by some Oakland officials. Murray, it turns out, was running the search for the Dallas city manager job and had recommended Santana for that position after Santana had hired him to run Oakland's police chief search. Santana is now one of the finalists in Dallas.

See Oakland's search for a police chief to learn more about all this.

A full list of endorsements can be viewed here.

Endorsements made by Campbell Washington

Campbell Washington's main rival was Jill Broadhurst. Most recently, both applied to fill the District 4 vacancy on the Oakland Unified School District board. Campbell Washington was chosen by the board on a 5-1 vote. Broadhurst, who also lost a 2010 campaign for the District 4 council seat despite generous funding from landlords, did not appear to get a single vote. Both the Oakland Tribune and The East Bay Express have described the race as having stark contrasts between the two.

10/24/2014 Labor Pours Big Money into D4 in Support of Campbell Washington
"Organized labor [Alameda Labor Council, AFL-CIO]  is continuing to spend heavily [in the D4] Council race. In Oakland's District 4 race between Annie Campbell Washington and Jill Broadhurst, city employee unions have spent more than $80,000 through independent campaign committees to elect Campbell Washington. The outside spending by labor...nearly matches the $83,271 that Broadhurst, has raised through Oct. 18. Campbell Washington so far has raised $100,707 in her own campaign fund. The contracts for both unions expire next year.  Broadhurst [has] the backing of the Oakland Metropolitan Chamber of Commerce, but the business group so far hasn't created independent expenditure funds, which are not subject to contribution caps, to aid their campaigns."

East Bay Express: Labor Spending Early for Guillen and Campbell Washington
"East Bay unions have opened their checkbooks early for two liberal Oakland City Council candidates — Abel Guillen and Annie Campbell Washington — spending more than $65,000 on ads so far for the candidates, campaign finance records show. The big spending in early October — a month before Election Day — may be an indication that labor is worried about these two council seats."

Inside Bay Area: Unions Spend Freely in Oakland Council Races
"Campaign finance reports filed this week show that the Alameda County Central Labor Council and SEIU Local 1021 have teamed up to spend more than $35,000 apiece on behalf of Annie Campbell Washington in District 4 and Abel Guillen in District 2"

The result of Labor's independent expenditure has prompted the Oakland's campaign committee to lift spending limits for all candidates in District 2 and District 4 Council races.