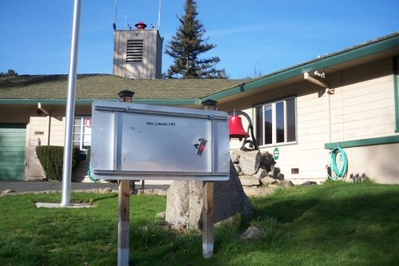 Ben Lomond was originally called Pacific Mills from 1877 to 1887. It was named for the lumber company started by James P. Pierce. When Pierce applied to the Federal Government for a Post Office, the federal government was concerned about the name being alike to so many other towns. It was decided to re-name the town for the mountain it is on, Ben Lomond.

In 1917 the movie A Romance of the Redwoods with Mary Pickford was filmed in Ben Lomond.