Starting at River Street north of Highway 1 Coral street goes west, over the railroad tracks to meet Limekiln Street. From there it turns south. It continues for two blocks to join Evergreen Street.

Traffic on Coral coming off of River Street.

Bike-Friendliness Road is level and no bike lanes. Traffic is mostly minimal except for special events. It is the main route to Harvey West Park and to Costco. 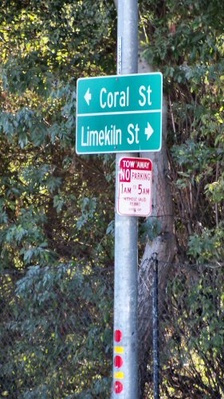