River Street in the City of Santa Cruz runs  South to North from Front Street in downtown Santa Cruz to Henry Cowell Redwoods State Park. As River Street crosses the railroad tracks at Cabrillo Highway the street the name as Highway 9 .  River Street goes generally along the course of the San Lorenzo River. 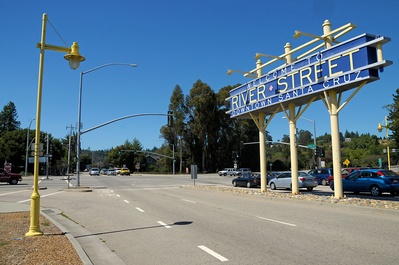 There are marked bike lanes in both directions.