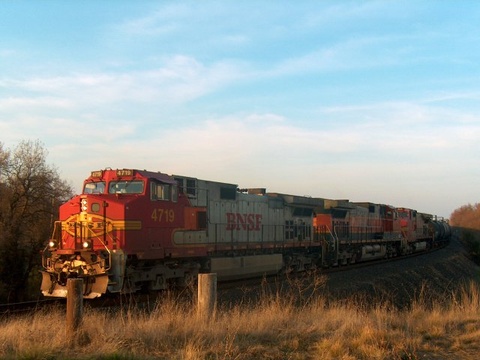 The track formerly owned by the Western Pacific Railroad runs parallel to the Feather River, slightly east of it. This route was selected because it leads to a low pass over the Sierra Nevada mountains. From south to north in the Yuba-Sutter area, it passes through Counsman, Sankey, Trowbridge, Plumas Lake, Arboga, Olivehurst, Alicia, West Linda, South Yuba, Marysville, and Tambo. It also makes a brief, dead-end detour to Pearson and a detour to Yuba City that forks at Colusa Junction in Tierra Buena before dead-ending in Nuestro and (after passing through Alemandra) in Sutter. It runs past Modoc Railroad Academy in Sankey and intersects the former Southern Pacific track at Binney Junction in Marysville before crossing Jack Slough on a railroad-only bridge.

The track formerly owned by the Southern Pacific Railroad crosses the Feather River just north of Marysville. From southeast to northwest in the Yuba-Sutter area, it passes through Wheatland, Ostrom, Linda, Marysville, Berg, Sunset, and Live Oak. It also makes a dead-end detour to Beale Air Force Base.

From 1949 to 1970, the California Zephyr offered passenger tours of the scenic Feather River Route through the Feather River canyon, with stops in Herlong, Portola, Keddie, Oroville, Marysville, Sacramento, Stockton, Oakland, and San Francisco. Highway 70 traces much of the same scenic route.