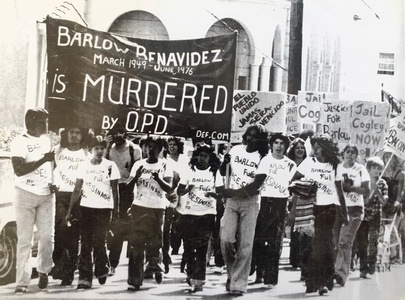 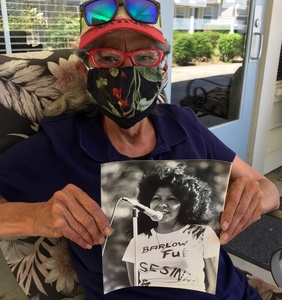 Andrea Benavidez in 2020, holding a photo of herself in 1976, courtesy Liam O'Donoghue

In early June of 1976, there was a report of a robbery at Handy Market on 1801 57th Ave in the Seminary neighborhood of East Oakland. Officer Micheal Colgey spotted a car matching the description of the getaway car. He pulled it over on the 4400 Block of E. 14th St (International Blvd). Cogley had his shotgun to Jose's head while he was searching him, and it went off, point blank, killing Benavidez instantly. According to Officer Cogley, Benavidez lunged backwards towards the shotgun.

In August, 1976, a grand jury decided not to indict Cogley, despite testimony from a number of witnesses that Benavidez made no sudden movements.

This was at the height of the Chicano movement. A Barlow Benavidez Justice Committee was quickly formed by the Benavidez family and local activists. There where several protests, including a march on August 29th: a Justice for Jose Benavidez, a march from Sanborn Park (now Josie De La Cruz Park) on Fruitvale Ave to San Antonio Park where a rally was held by community members and activists. Several protests were also held at City Hall to demand Mayor John Reading bring Officer Cogley to justice. A class action lawsuit was filed against the Oakland Police department in 1977, handled by Edward Roybal, then a Chicano Congressman from Southern California, and supported by then-Congressman Ron Dellums.

Jose Barlow Benavidez's death was similar to Charles Pinky DeBaca's death at the hands of OPD. It sparked a mass movement by Chicanos and People of Color against police brutality in Oakland. 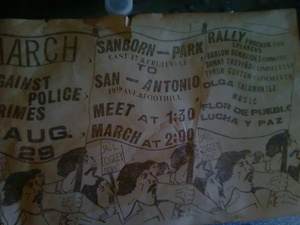 Poster for March and Protest for justice for Jose Barlow Benavidez August 29th, 1976. 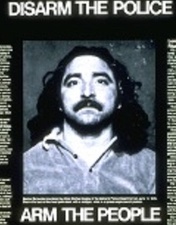