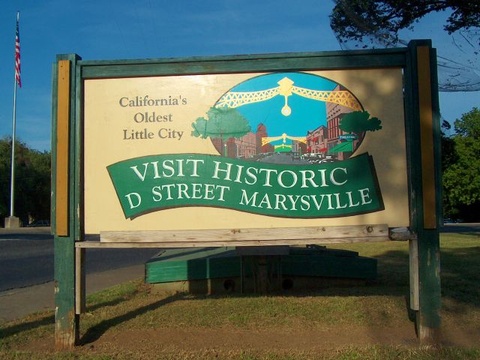 A sign at Washington Square Park urges visitors to visit Historic D Street. Photo by queerbychoice. D Street in Marysville is the major attraction in Historic Downtown Marysville, and is promoted on city signs directing tourists to "Historic D Street." There used to be a bridge across the Yuba River on D Street, but it was destroyed in the flood of 1955 and replaced by the current E Street Bridge. 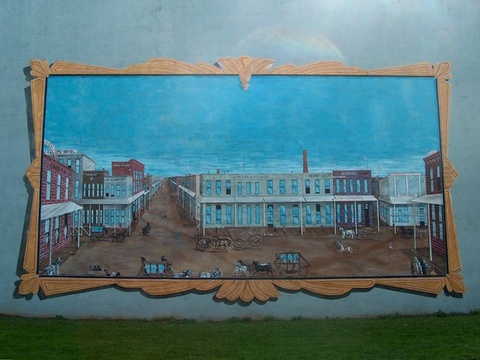