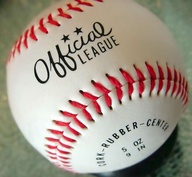 Baseball is available in and near Davis for those who wish to play and those who wish to watch a game. Softball is here too, but it has its own page. Many options exist for all levels of play and all ages. From local spontaneous games to the professional teams in the Bay Area, you have everything you need to enjoy this popular sport.

Pretty much all baseball teams on this page are all-male.

Baseball has a long history in Davis, and informal games were played here as early as 1857. The game was originally introduced into California as a result of the Gold Rush. Back in those days, groups of farmers played on ranches while wearing overalls, without the benefit of specialized equipment like baseball gloves. By the 1880s, baseball had surpassed horse racing in terms of popularity and became the dominant sport of the region. The home team was the Davisville Oletas who played regularly in the Y of the Southern Pacific Depot. The Oletas had a strong rivalry against the nearby Dixon Etnas. It was very common for spectators to gamble openly at games back then.

Davis was the hometown of Myril Hoag, a major league player who helped the New York Yankees win three World Series in the 1930s.

For lots of Davis families, Little League is a big deal. The program is volunteer run, mostly by parents of the players. Ages 4-14 can compete in different sub-leagues. With over 40 teams, they play at the Davis Little League complex. Of course, any kid can enjoy some time at a batting cage.

DHS has a Frosh team (though freshmen actually attend local junior highs), a JV team and a Varsity team. Dan Ariola, coach of the Varsity DHS baseball team, is exceedingly proud of his team and will flash his section title rings at every given opportunity. The season is always well-covered in the Davis Enterprise.

Yup, UCD has a Division I baseball team. Games are free if you've got a reg card and are played at Dobbins Baseball Field, near the ARC. For more detailed information, see UC Davis Baseball.

Though there's no intramural baseball at UCD, there is intramural softball.

If the Bay Area is too far away for you, you can catch a Sacramento River Cats game right next door at Raley Field. It's just like MLB, except they're not paid as much, and they hit about four times as many fouls into the bleachers. They play home games at Raley Field, which is actually in West Sacramento (in Yolo County). Despite their AAA status, they're actually kind of a big deal for some folks. Advance tickets cost between $7 (for lawn seating) and $19 (for "Senate Box" seats), though there are all sorts of ticket packages available.

If Major League Baseball is what you crave, the Bay Area has two teams, the SF Giants and the Oakland A's. Both teams are accessible via BART, although Giants games will require more walking. A's games had "Double Play Wednesdays" during the 2005 season, where View Level tickets are $2 and hot dogs $1. Starting in 2006, the A's closed the top deck and re-branded the Wednesday promotion as "Bart Double Play Wednesdays". Hot dogs are still $1.00, and Plaza Reserved and Plaza Outfield tickets are $2.00.

Where to Buy Equipment

The drunken alternative is Sloshball which involves more beer. The sober alternative to this is Softball for which there is an IM Sports league.