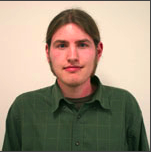 Burke Rosen was an Independent candidate for Senate in the Winter 2009 ASUCD election.

His official Candidate statement was as follows:

The ASUCD is a bullshit organization whose only purpose is to pad the resumes (and wallets) of those involved. No amount of political buzzword acronyms can mask its pompous excess.

I believe in limited government and free enterprise. I believe that you know how to spend your money better than the ASUCD does. Capitalism is the ultimate form of democracy: those programs which cannot sustain themselves by charging their users for their services do not deserve to be maintained collectively, for there is obviously insufficient demand to justify their existence. Each student should be free to choose the programs which he or she wishes to patronize. Every quarter each of us pays $41 in ASUCD fees. If elected, I will do everything in my power to reduce that amount, starting with eliminating the stipend for Senators and Commission Chairs. I have identified over $100,000 in superfluous spending. This translates into an approximately $4 reduction in ASUCD fees per quarter per student, and this is a conservative estimate. I assure you I am not a hypocrite. I pledge to forgo my stipend and, as a career scientist, my resume has little to gain from political office.

I realize that I do not have the power to enact these changes alone, that I will be vastly outnumbered in the Senate, and that many have a vested interest in the preservation of their pet programs; but I can be a dissenting voice. I ask you to empower me to stand against the entrenched establishment of waste and presumption.

Is it not refreshing to hear an ASUCD candidate who for once does not ramble on about which programs he or she wants to spend more of your money on but who wants to see how much he can prevent being taken from you?

Vote for limited government. Vote for an independent voice. Vote for Burke Rosen.

2009-02-13 00:05:46   I feel that it is my duty to inform everybody that this candidate said during a public senate candidates argued that everybody is responsible for their own personal safety and that there is not a need for community efforts to promote campus safety. While this is shocking in of its self, he went on to say in response to a question about this that someone who was raped and attacked was at fault for that attack for not protecting themselves. A statement like this shows a total lack of human compassion and dignity. I just thought the students deserve to know this candidates shocking position as they look to vote for senate candidates. —ChrisDietrich

You consider that statement shocking? Wow, you aren't getting my vote. To think that self-reliance is now considered a bad thing.... wow! —WilliamLewis

Personal responsibility is not a bad thing, I just believe that there is a need for community effort to protect the rights and personal safety of members of our society in addition to personal responsibility in that area. And what I find truly shocking is the belief expressed by Burke that if someone is attacked and their rights are violated it is there fault. —Chris Dietrich

"I don't mind small government minded folks, but this is taking a philosophy to an extreme. I am not very good at detaining criminals. I am not physically strong, I am not skilled with any type of weapon. So, I choose to be part of a society that has individuals specifically trained to protect me. I choose to sacrifice a little of my freedom to protect my other freedoms. There is nothing wrong with self reliance until it devolves into something that is nasty, brutish, and short." Andrew

It would probably take a ballot measure, however, to actually roll back that fee. —PaulHarms

2009-02-18 13:41:46  The statements about capitalism sound like they are right out of an introductory economics textbook. As an econ major (and ASUCD EPPC chair), I can tell you that the world is more complex than a "survival of the fittest" theory as applied to student groups. Haha. How clever. Candidate Rosen, ASUCD meetings are open to the public, and I am surprised to find that you have not participated in any Senate or EPPC meetings to find more things to critique.—AmanpreetSingh